Welcome to our in-depth preview of this Fifth T20I, which will be played at Gros Islet once again, start time 05:00 am on Saturday, July 17.

Up next is the team news, pitch report, cool stats and of course those all-important West Indies v Australia betting tips. And that of course is before we give you the best places to enjoy online cricket betting on the game.

Time for my cricket betting tips. I’ll tell you what you put your money on and where, so you can get the best of today’s T20I betting odds. 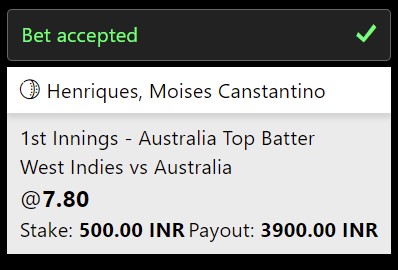 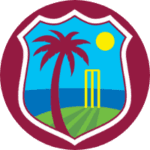 Sooner or later they were going to put in a sub-par performance and it finally happened at the fourth time of asking. Even then, there wasn’t too much wrong with the way they batted; they just conceded too many runs in the first place.

Fabien Allen, who carries on being a brilliant player in this format, Sheldon Cottell and Andre Russell were all good with the ball.

Hayden Walsh Jr, who I successfully backed at 4.5 to be Windies top wicket-taker was even better, with 3-27. But everyone else including Oshane Tomas and Akeal Hossain, went for plenty.

In the chase, the Windies were good at the top and in the death overs but strangely, not in terms of the middle-order. Strange because that’s where their power-hitters are. In the end, they fell four runs short.

They may play the same team that lost on Thursday morning or they might rest Allen or Rusell and bring Dwayne Bravo back.

Mitch Marsh can play another 200 T20s over his career and will never have a game like the one he had on Thursday.

First he smashed 75 off 44 once again batting at number three. That included six sixes and has given the Perth Scorchers skipper a real chance of making that number three position his own, once the World Cup comes around.

As if that wasn’t enough, he then took 3-24 with Simmons, Pooran and Gayle all falling to the all-rounder. It was the easiest man of the match decision you’ll ever see.

But what if they didn’t have him? Four members of the Top Six failed to get to double figures and only really Aaron Finch (53 off 37) played an innings of any real substance.

With the ball, Marsh aside, Adam Zampa bowled beautifully and Mitchell Starc just about kept his cool in the last over to close out the match, after some expensive overs early on.

But there’s no denying this has been a bad Series so far for the Australian team.

Good luck working out this wicket.

I was pretty wrong about it last time when I thought Australia would struggle to get to 160 batting first.

Then again, if we accept that Marsh’s innings was a bit of a freak, they were pretty fortunate to get to 189.

So the advice is to leave the first innings runs market well alone because it’s too risky and first innings scores have been too inconsistent.

The West Indies v Australia head to head now stands at 9-6 after that Australian win on Thursday. The Aussies could do with another win here to close the gap. However, given the strong performance of the Windies side, it is not looking likely that they will. 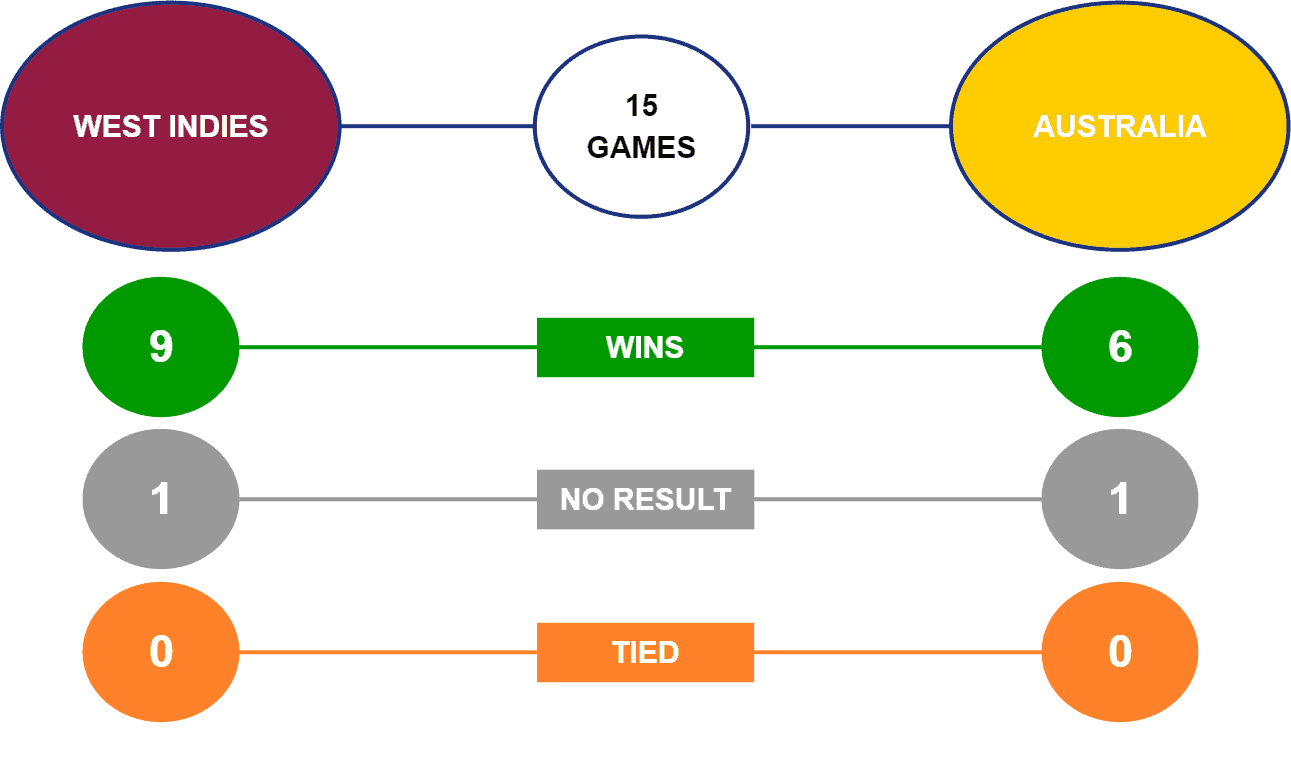 Time to talk West Indies v Australia toss winner statistics. Remarkably, Finch has now won all four tosses this Series. This has certainly evened the sides a lot since the start of the series. My money is on Australia to win the toss again in the fifth T20I – going for the full five in a row.

Recommended Bet: Back West Indies to win @ 1.79 with Pure Win

Time for our match prediction. We’ll say it again: if Mitch Marsh hadn’t played the way he did with both bat and ball and Australia would have lost again. Even then, they only won by four runs.

The Windies have been far superior all Series and even if they carry on making a few changes to experiment, they shouldn’t be weaker for it.

Unless someone else for Australia ‘does a Marsh’ I think we’ll get more of the same with Aussie batsmen not kicking on and Ausise bowlers not able to contain the Windies’ big hitter.

Let’s hope so because those are good West Indies v Australia betting odds on the hosts.

By the way, why not read our Pure Win review so you can see why this is one of the best betting sites in India!

If Marsh goes out and hits a fourth fifty in five games and top scores for Australia for the fourth time in five matches then…good on him.

But it’s a huge ask and rich vein of form though he’s in, sooner or later there’s a ball with his name on it.

He’s probably already broken a few records with this extraordinary run of his but like we say, it only takes one ball and it’s extremely hard for anyone to get a score gamer after game.

And with all due respect to Marsh, fine player though he is, we certainly wouldn’t have expected it. He’s no Babar Azam, AB de Villiers or even Dawid Malan.

Instead, at the odds, I really like the chances of Moises Henriques. He’s a highly experienced campaigner, he’s already been Australia top bat once this series (the only time Marsh wasn’t) and is a good player of spin, which will be essential once again.

There’s a slight concern he may bat a bit low at five but then again, Australia have lost early wickets in just about every match.

So he should get enough time and at odds of 8.0, he’s worth chancing.

Read our full top batsman betting guide to learn how to bet on this market!

Let’s finish things off with some cool stats about the two teams and some of their players.