All the Cricket Still to Look Forward to in 2021! 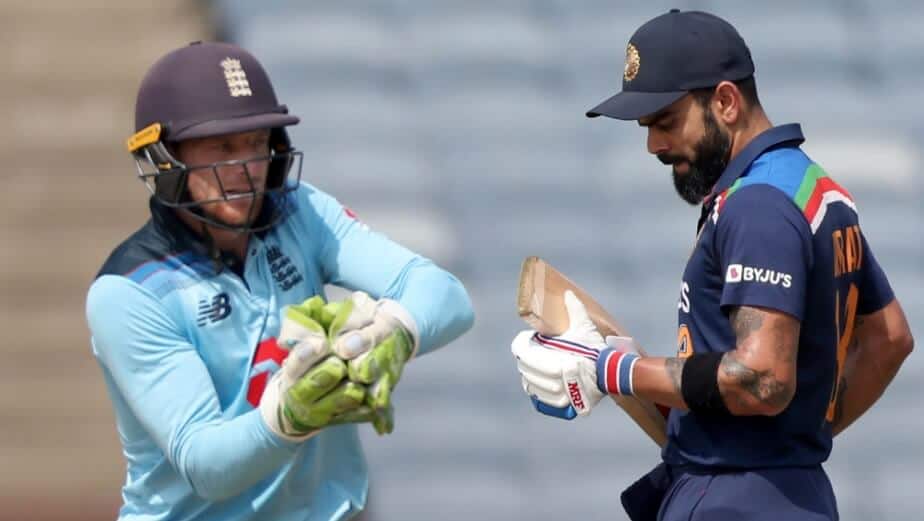 All the Cricket S...

As we all know, the IPL has been suspended until further notice. Let’s look into what might happen there and more importantly, what other great cricket we can look forward to over the next few months here at Bet India.

As far as cricket betting tips go though, there is still plenty for us to write about – and a lot for you to look forward to!

We don’t know. After the positive cases among players and staff at different IPL franchises and the increasingly serious situation in India in general, the 2021 IPL was suspended.

Australian and English players have already flown home or are in the process of doing so. They’d eventually have to fly back (alongside all the other overseas players), quarantine for at least a week, train and only then go back to playing.

Given the situation in India and the absence of periods in the international calendar where they could fit in another four weeks of action and you can see why it’s very plausible that the IPL isn’t completed this year. But let’s wait and see.

Here are our thoughts on when and where the IPL could be taking place.

Between mid-June and early July, Sri Lanka travel to play England in a T20I and ODI Series, each Series made up of three matches.

This isn’t a vintage Sri Lanka team at the moment in those formats but they do always have a few game-changing players in the likes of Kusal Perera,  Niroshan Dwickwella and Thisara Perera so they’ll need plenty from them.

This could also be the last England tour for veteran all-rounder Angelo Matthews, who has done a few in the past, but at age 33 may not have that many more in him.

England are extremely strong in these two formats at the moment so Sri Lanka have a lot of hard work on their hands.

Pakistan can ruffle England feathers in T20Is and ODIs

Almost as soon as Sri Lanka are done in England, Pakistan start getting in on the action.

They too will play three ODIs and three T20Is but in this case, the ODI Series comes first. There are no Test matches on this Tour, either.

Pakistan are always incredibly dangerous and are going through a good period right now, especially in T20Is. For starters, they can count on pace ace Mohammad Amir and the giant Shaheen Shah Afridi to cause havoc with the new ball.

Mohammad Rizwan and skipper Babar Azam are in the form of their lives with the bat while other very capable performers like Shadab Khan and Imad Wasim provide good balance.

Make no mistake, Pakistan should test England to the full in both formats.

The Hundred makes its debut

Between July 21 and August 21 we have The Hundred, the new English limited-overs tournament where rather than having 120 balls per innings like you do in T20, there will be 100 instead. There are a few other rule changes we’ll tell you about for it that we’ll reveal nearer the time.

There are eight franchises going to battle to win the first-ever edition and plenty of star overseas names joining in the fun.

As we know, Indian players aren’t allowed to feature in it but everyone else is. Aside from the English players, you can look out for the likes of: Rashid Khan, Steve Smith, Sunil Narine, Marcus Stoinis and Andre Russell.

The winner of the Group Stages goes straight to the final, second and third place sides play a semi-final for the right to join them.

India have plenty of business in England

First up, there’s the small matter of the one-off World Test Championship final match against New Zealand. That will take place between June 18 and 22 in Southampton. The triumphant will be crowned the first-ever winner of the WTC, so this is serious business here.

India would love to win it but they’d probably rather win the Test series against England that follows. Winning in England is always hard work but India have a particularly good Test side at the moment so this could be their best chance in quite a while to go there and win. Especially with England not at their best themselves.

The five Tests take place between August 4 and September 14.

World T20 the biggest of them all

It says something about T20 cricket these days that the biggest cricket event of all in 2021 is the World T20.

Remember that it was postponed last year because of the Covid-19 outbreak and will no longer be held in Australia.

It’s meant to be hosted by India in 2021 but with the situation over there, it wouldn’t surprise anyone if it ended up being held in the reserved venue, which is the UAE.

They did a good job of hosting last year’s IPL and have three excellent stadiums there so they’re more than capable of putting on a good show if it came to that.

Remember that the West Indies are the defending champions but that India, England and Australia are shorter than them in the betting right now.

We already have some great background stuff to read about the upcoming World T20 so take a look.

As always, you will find the best cricket betting sites in India listed here in the coming months for this highly anticipated league!