IND vs ENG: Archer Will Not be Playing Second Test 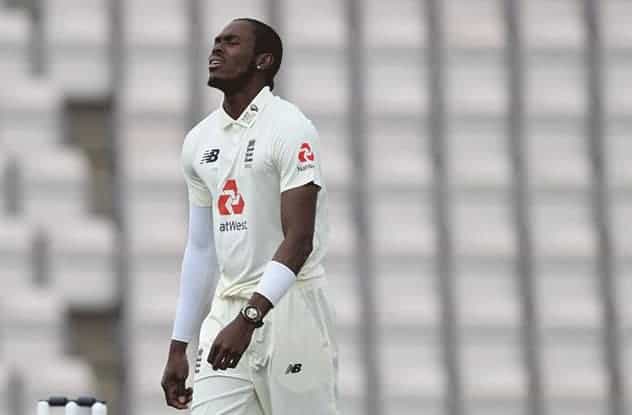 England’s fast bowler Jofra Archer will not be playing in the second test between India and England.

Te test is set to start this Saturday in Chennai.

Discomfort from the First Test

25-year-old Archer experienced some elbow discomfort during the first Test.

This impacted his play as he only bowled 9 overs in the second innings.

The English and Welsh Cricket Board (ECB) later confirmed that he had to receive an injection to his elbow.

They also confirmed he would therefore be unavailable for the entirety of the second Test.

On the issue, the ECB stated:

“The issue is not related to any previous injury and it is hoped the treatment will allow the condition to settle down quickly, allowing the player to return to action in time for the third Test in Ahmedabad.”

Other changes to team England

On top of this, England see Jos Buttler return home for the remaining 3 Tests.

Ben Foakes will be taking his place.

Root has also confirmed that James Aderson will be not be playing during the second Test.

His performance during day 5 of the first Test helped England to secure their victory.

However, by sitting this one out, Root hopes that Anderson will be in top form for the last 2 Tests in Ahmedabad.