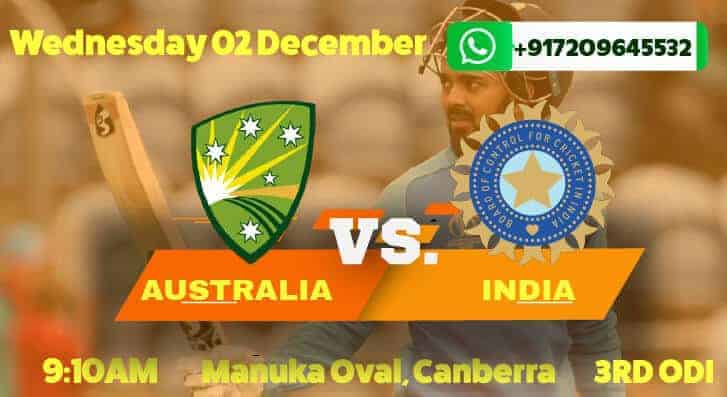 This is a fascinating series between two old rivals made up of three ODIs, three T20Is and four Test matches played over in Australia.

You’ve come to the right place for all the team news, analysis of pitches and conditions and the best cricket betting tips for the ODI.

Up next, the best betting tips for Australia vs India ODI series. 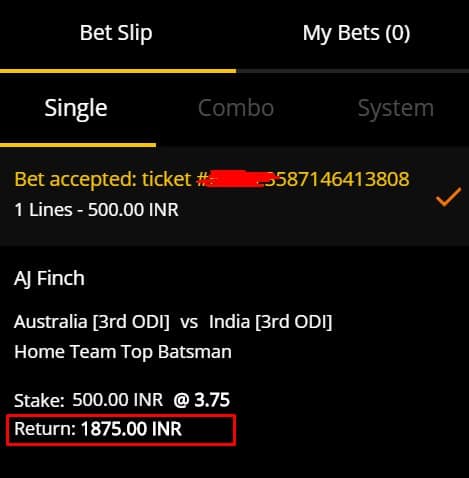 Where to bet on India tour of Australia

We don’t just recommend bets. We also recommend where you can place them at the best possible odds with the best online betting sites on the market.

Bigger odds mean bigger payouts on all your winning bets.

India to win: Why is this a good bet?

We said it ahead of the second ODI and we’ll say it again. Australia looked great in posting huge scores and defending them as the pressure told during the chase but what if it had been the other way round? What if India had batted first both times and posted 360+ like the Aussies did? It may have been 2-0 India by now.

But it’s not just the toss going India’s way that could play into their hands here. David Warner hit scores of 69 and 83 in the first two games, both essential in Australia getting to those big totals so his absence and the effect on the batting line-up could be significant. The absence of Pat Cummins (through choice) could also make them a bit weaker; he took three wickets on Sunday.

Again, we said it ahead of Sunday’s game: India are too strong a team, especially when it comes to batting, to be 2.45 to win an ODI. They’re worth persisting with.

India to win toss: Why is this a good bet?

Australia’s skipper Aaron Finch is two from two so far when it comes to the toss. As we said, that’s been a big factor in the hosts being 2-0 up.

Based on the laws of probability, Kohli could be due a toss win here. Let’s hope so.

Century to be scored: Why is this a good bet?

The first game had two centuries and the second only had one but also saw six fifties struck. So clearly, the batsmen are on top in this Series.

When Australia beat India at this Manuka Oval ground back in 2016, the game witnessed three different centurions, so the smart money is on us getting at least one here.

Our Hot Bet: Aaron Finch to be Aussie Top Batsman

In two games so far, skipper Finch scored 114 and 60. On both occasions, he was pipped to man of the match by Steve Smith but Finch was actually top batsman in the first game after scoring 114 to Smith’s 105. It just so happened that Smith scored his century a lot quicker, which is why he was rewarded with being the man of the match. So with a fifty and a century in two games to his name, Finch is clearly a man in form. Back in 2016 against New Zealand, he scored a century on this ground so has good memories of it.

With the injured Warner out of the picture, he could be the man to beat here unless Smith’s ridiculously good run of form continues.

Schedule for the India tour of Australia ODI series

Third ODI preview: Warner down & out

After two comprehensive wins for Australia in Sydney, we now head to the Manuka Oval in Canberra.

This is a ground that’s rarely used for international cricket and similarly, isn’t one of the grounds that often hosts Big Bash matches, either.

Still, Australia played there twice in 2016 in ODIs, beating first India by 25 runs and then New Zealand by a mammoth 116 runs after they piled on the runs batting first, posting 378/5.

That total from four years included 119 from the bat of David Warner, who now misses the rest of this ODI Series and the T20 one that follows it after injuring his groin.

Australia have also decided to rest ace pace bowler Pat Cummins between now and the start of the Test series so either Sean Abbott, Daniel Sams or Andrew Tye should have a chance to impress.

As for Warner’s absence, apparently Marnus Labuschagne has offered to open the batting as a one-off. But the simpler option is to give D’Arcy Short a go rather than bat in Labuschagne a non-opener as an opener and then bringing someone else in- probably Matthew Wade- to bat in the middle order. Wade could also open the batting himself. India may make a couple of changes of their own. Shreyas Iyer could miss out despite a decent 38 in the last game with Manish Pandey waiting in the wings, while Kuldeep Yadav could get a game instead of Yuzvendra Chahal.

Since the start of 2019 and including last year’s World Cup, Australia have been in action 30 times in ODIs, winning 19 of them…

It’s worth remembering Australia were knocked out by England in the semi-finals of the World Cup, which England went on to win.

Of all the teams they played, they faced India more than any other during that period, winning four, losing five. They also played South Africa four times, losing the lot. But they were far more impressive against Pakistan: played six, won six.

Of the few matches they played in 2020 as a result of the Coronavirus, they can be very proud of their 2-1 ODI series win in England that included chasing a big score in the third and last game to win the Series. That was the last time they were in action.

The squad looks strong. All their big fast bowlers- Starc, Cummins, Hazlewood, Abbott, Sams- are available which is somewhat rare and they have plenty of all-rounders to pick from including Melbourne Stars pair Glenn Maxwell and Marcus Stoinis.

As ever, David Warner, Aaron Finch and Steve Smith are their key men with the bat. It will be interesting to see if the likes of bowler Sean Abbott, all-rounder Cameron Green or batsman Moises Henriques get a game or if they go with the more familiar faces.

In the same period- beginning of 2019 till now and also including the last World Cup- India played just 15 times.

Across those games they won eight, lost six and had a no result in there. Like Australia, they also lost in the semifinals of the World Cup, with New Zealand being their conquerors in a tight finish in what was to prove to be MS Dhoni’s last-ever appearance in an India shirt.

They’ll be pretty happy with the outcome of their last tour of Australia, where they won the Series 2-1 to inflict a rare defeat on the Aussies on their own patch.

It’s strange to see a limited-overs side without Dhoni in it but it’s something we’re going to have to get used to.

The logical step would be to give KL Rahul the gloves but if that’s the case, it will be interesting to see where he bats.

He could open in the absence of Rohit Sharma alongside Shikhar Dhawan or he could bat at three, four or five, though coming in at three would mean shifting Virat Kohli from his favourite position. 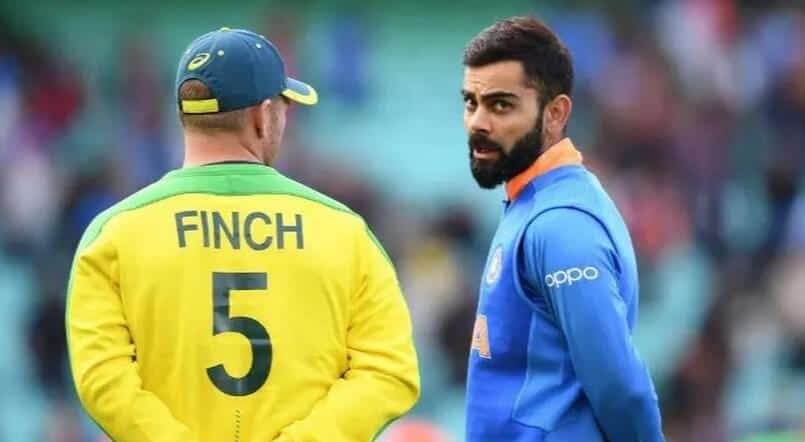 They’ll need to think about the right balance because it seems Hardik Pandya isn’t bowling at the moment so that should mean a place in the side for Ravi Jadeja, who had a good IPL and always seems to contribute, be it with bat, ball or in the field.

Australia’s superiority has understandably been far greater when at home. In 51 ODIs on home soil, they’ve won 36 to 13 (two no results) and if we were to look just at matches played over the past 10 years in Australia between these two sides, it’s 10-4 in the Aussies’ favour once again.

But India will take great heart from their Series win Down Under just under two years ago. The hosts went 1-0 up after posting a decent score of 288 in Sydney, which India couldn’t chase, despite a brilliant Rohit Sharma century.

But it was a different story in Adelaide, with India successfully chasing a total that was even bigger (299) this time. In the second ODI it was Kohli who got a century and this time it was in a winning cause.

India certainly saved their best bowling performance for the third ODI in Melbourne. Australia were all out for 230 after an incredible performance from six-wicket-man Yuzvendra Chahal and only sealed the deal in the last over, MS Dhoni and KM Jadhav seeing India home.