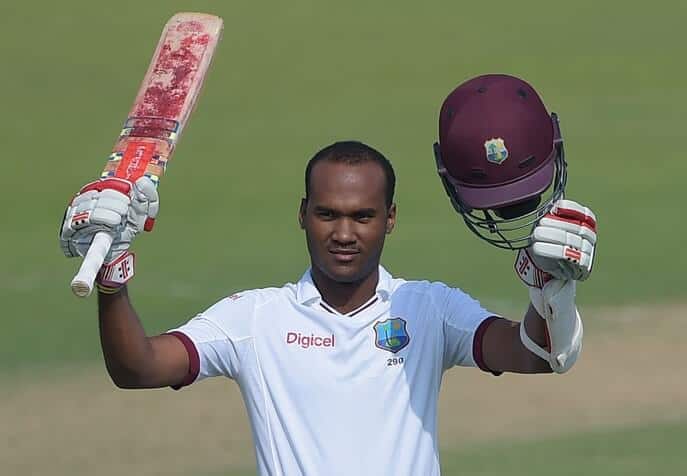 Kraigg Brathwaite has replaced Jason Holder as Test captain of the West Indies.

The opener will lead the side against Sri Lanka in late March.

Brathwaite the ‘right man for the job’

Opener Brathwaite, who averages 32 from 66 Tests and has scored eight Test centuries, played a huge part in beating Bangladesh 2-0 away from home as a stand-in skipper when Holder and plenty of other senior players were absent.

His leadership in that Series and in particular his motivation skills were key elements in him getting the role.

Lead selector Roger Harper said: “In the recent Test series against Bangladesh, Kraigg was able to motivate his players to play to a very high level and create the culture we are looking to establish where the team showed a collective determination to fight and a real hunger for success.”

Brathwaite has been one of the few automatic choices in the side over the past few years with the Windies often chopping and changing from one Series to the next.

“We all believe that Kraigg is the right man to lead our Test side at this point in time and I’m delighted that he has accepted the role.”

Holder’s record not great but not all his fault

Holder, one of the world’s best all-rounders captained the Windies in 37 Tests, winning 11, drawing five and losing 21.

It’s not a great record but needs to put into context. For much of his time as skipper, the West Indies weren’t able to count on some of their best players such as Dwayne Bravo, Andre Russell and Kieron Pollard, who opted to essentially be T20 freelancers earning fortunes in leagues such as the IPL, than playing for their country.

The Windies will play a two-Test series against Sri Lanka starting on March 21 with both games taking place at North Sound in Brathwaite’s first assignment as the official Test captain.

They’re currently engaged in an ODI Series, with the Windies currently 1-0 up.