Krunal Pandya Tests Positive for Covid-19; Second T20I Likely to be Played Today without Him 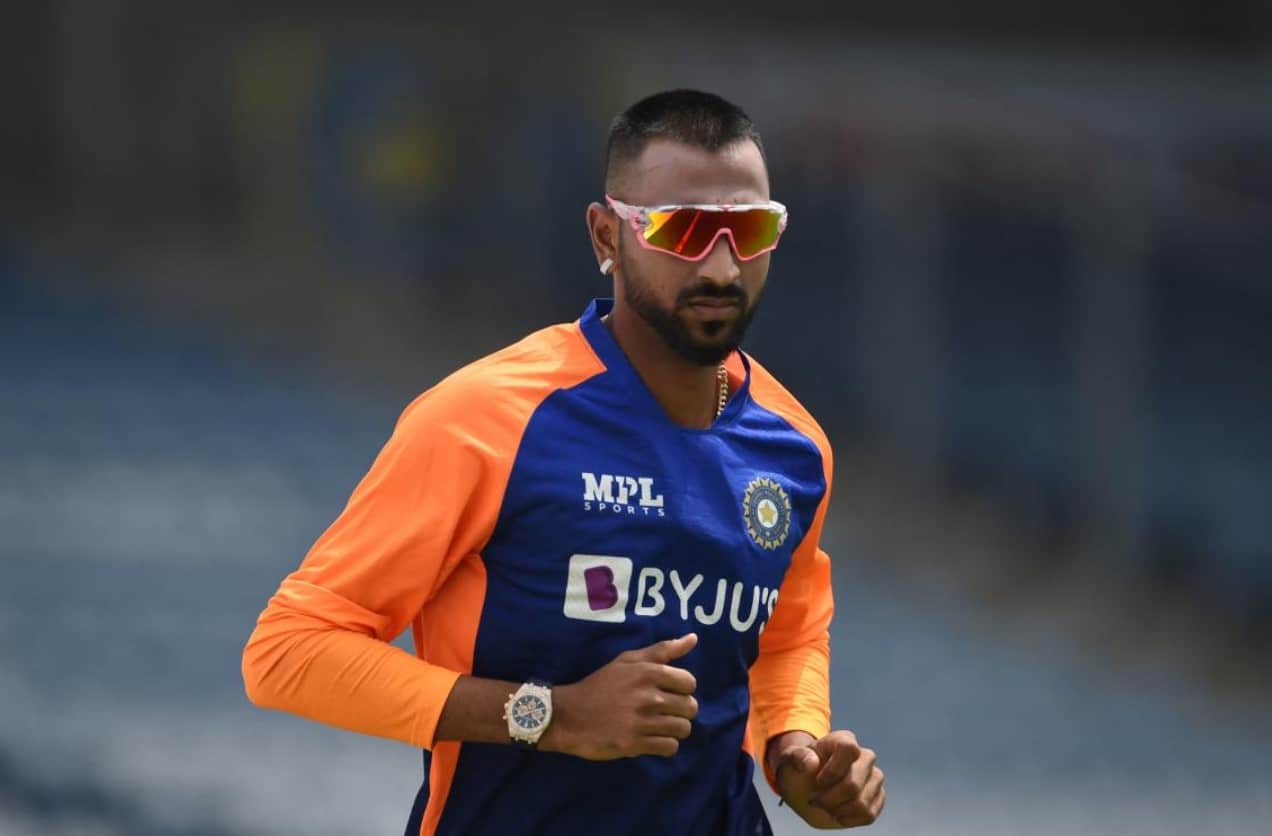 Indian spinner Krunal Pandya tested positive for Covid-19 on Tuesday, just hours before the 2nd T20 International between Sri Lanka and India was scheduled to start.

As a result, the match was postponed to Wednesday, effectively putting the remainder of the series in doubt.

Pandya complained of a sore throat on Tuesday morning. The Indian medical then staff asked him to take a rapid antigen test and the RT-PCR test – both results came out positive.

Pandya has since been separated from the team and put into isolation at a different hotel, as confirmed by Sri Lanka Cricket (SLC) secretary Mohan de Silva. The rest of the Indian team is staying at the Taj Samudra Hotel in Colombo.

Eight close contacts of Pandya were also identified and put into isolation, a majority of whom are players. These members have since tested negative for Covid-19 but will not travel to the grounds, purely out of precaution.

Pandya, along with the eight others, has now been ruled out of the T20I series and it is unclear how long they will have to stay under quarantine. It is understood that Pandya will not return to India just yet with the rest of the team on July 30.

A press release by the BCCI secretary Jay Shah also mentioned that the entire Indian contingent will undergo the RT-PCR test to determine any further outbreak in the camp.

That said, the SLC and BCCI officials are hopeful that the match can take place on Wednesday evening, barring any more positive tests. No outbreaks or cases are reported in the Sri Lankan camp thus far.

India travelled to Sri Lanka with a 20-member squad and five reserve bowlers. Clearly, there are replacements available but a lack of playing time there may just give Sri Lanka the boost they need to win the T20I series.

As things stand, India lead the series 1-0 and will look to make a clean sweep when they play Sri Lanka back to back on Wednesday and Thursday.

Not the First Time that Virus is Stopping Play

The ODI series between Sri Lanka and India was also pushed by a few days to July 18 from July 13 after the Sri Lankan camp reported a few positive cases.

Even last week, the second ODI between West Indies and Australia was postponed after a staff of the West Indies team tested positive, moments after the toss had taken place.

Rishabh Pant, currently in England for the five-match test series against the hosts, had also tested positive for Covid-19 and returned to the camp only this week after making a full recovery.