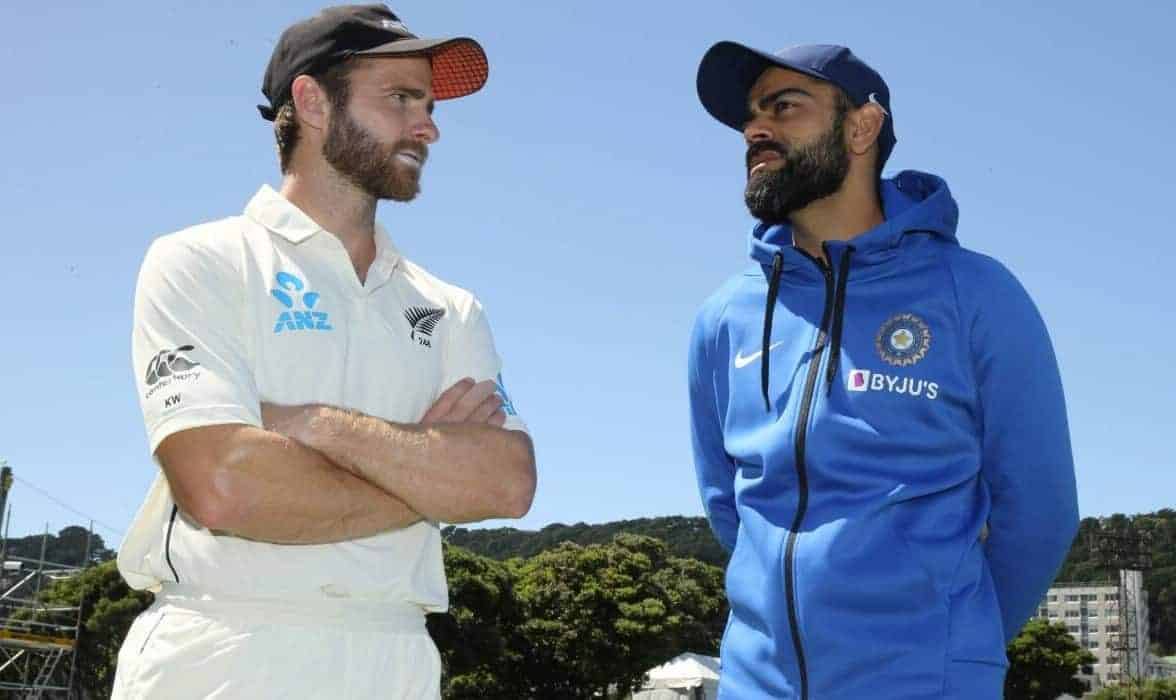 We head to Christchurch for the Second Test, starting on February 28 at 11:30 am local time  (04:00 IST) between New Zealand and India, with the hosts 1-0 up. In the First Test, the Black Caps got the rub of the green by having the chance to bowl first on a lively pitch and made the most of it by bowling India out for just 165, and then 191 the second time around. New Zealand’s 348 was the foundation for a famous win

Cricket betting odds make the two sides the same price for this one.

So all to play for and after an excellent winning bet at 12.0 ahead of the first game, let’s try to repeat the trick.

Before the First Test, we suggested a wager on a 1-1 drawn series at odds 5.5 so with underdogs New Zealand winning that first game, followers of that tip will feel they’re in a good position.

Ajinkya Rahane top-scored for India in the first innings in the First Test, a typically gritty 46 enough to beat his more famous and more high-profile batting colleagues. Rahane is a specialist when it comes to mastering overseas conditions and could go well again.

It’s also hard to ignore the claims of Latham for the hosts. He obviously loves playing at this ground if his record is anything to go by and with a few question marks over most of his team-mates’ form, looks a strong pick as well.

Virat Kohli will be disappointed at how India failed to get to 200 twice in the First Test. No team with himself, Chet Pujara, Rahane and Prithvi Shaw in it should suffer that sort of fate. Their bowling wasn’t much better, either.

Still, had the toss gone the other way, and so may have the result. Kohli’s biggest task of all might be to make sure he calls correctly this time and gets to bowl first, in what is a virtually guaranteed recipe for success here in New Zealand.

Kohli’s other worry was how poorly star bowler Jasprit Bumrah bowled last time out. 26 overs went for 88 runs, taking just the solitary wicket; but Bumrah is very unlikely to be dropped regardless. Ravindra Jadeja might get a game at the expense of Ravi Ashwin. Ashwin did admittedly take three wickets in that first innings but Kohli may just feel that Jadeja can do a similar job with the ball while being a more aggressive and busier man with the bat. It’s likely to be one or the other, but not both, who plays here.

Mayank Agarwal’s 34 and 58 may not have seemed like much last week but those were important runs in the context of the game and he was one of the few Indian batsmen who at least occupied the crease for long periods. He’ll be an important player for Team India here yet again.

Kane Williamson can thank his bowlers for setting up that win. Kyle Jamieson was superb on debut in the first innings, taking four wickets for just 39 runs and adding a priceless 44 with the bat. He was a contender for the man-of-the-match award but it was a good thing it ended up being nine-wicket-in-the-match hero Tim Southee, instead. He was our one tip at 12.0 for the match gong and duly delivered, to give followers of the tip a massive payday.

Interestingly, the return of Neil Wagner (after missing the First Test because his wife was due to give birth) gives the Kiwis a big dilemma: do they bring back the reliable Wagner at the expense of Jamieson, or keep the same side?

Colin de Grandhomme is a typical all-rounder. One day he contributes with the ball, another with the bat, but he never seems to not contribute at all. A couple of crucial wickets or some lower-order big-hitting could be on the cards from him in this game.

Now that he’s got past the 100-Test mark, Ross Taylor can just focus on playing his natural game without unwanted attention. Let’s see if he gets a big score this time round.

Where to Bet on New Zealand vs India

An India win would suit us just fine and that may well be how things pan out. But by backing Rahane and Latham we have two highly experienced and in-form batsmen at good value odds, ready to pounce for top bat honours in the first innings.

This is a chance for New Zealand to show how dominant they are at home and a good opportunity for India to make a statement that they can bounce back from adversity and handle alien conditions by being adaptable. This match could make for compulsive viewing.