The latest Big Bash betting has the Scorchers as favourites to beat the Thunder when they meet on Saturday, January 9 at 01:45 in Perth.

It’s a match that pits the table toppers and arguably the most impressive side of the tournament so far (Thunder) against one who had a slow start but are doing their best to make up for it (Scorchers).

It’s a big game between two sides who could do with the points for different reasons and it’s a tough nut to crack.

Up next are the best Scorchers v Thunder Big Bash betting tips. 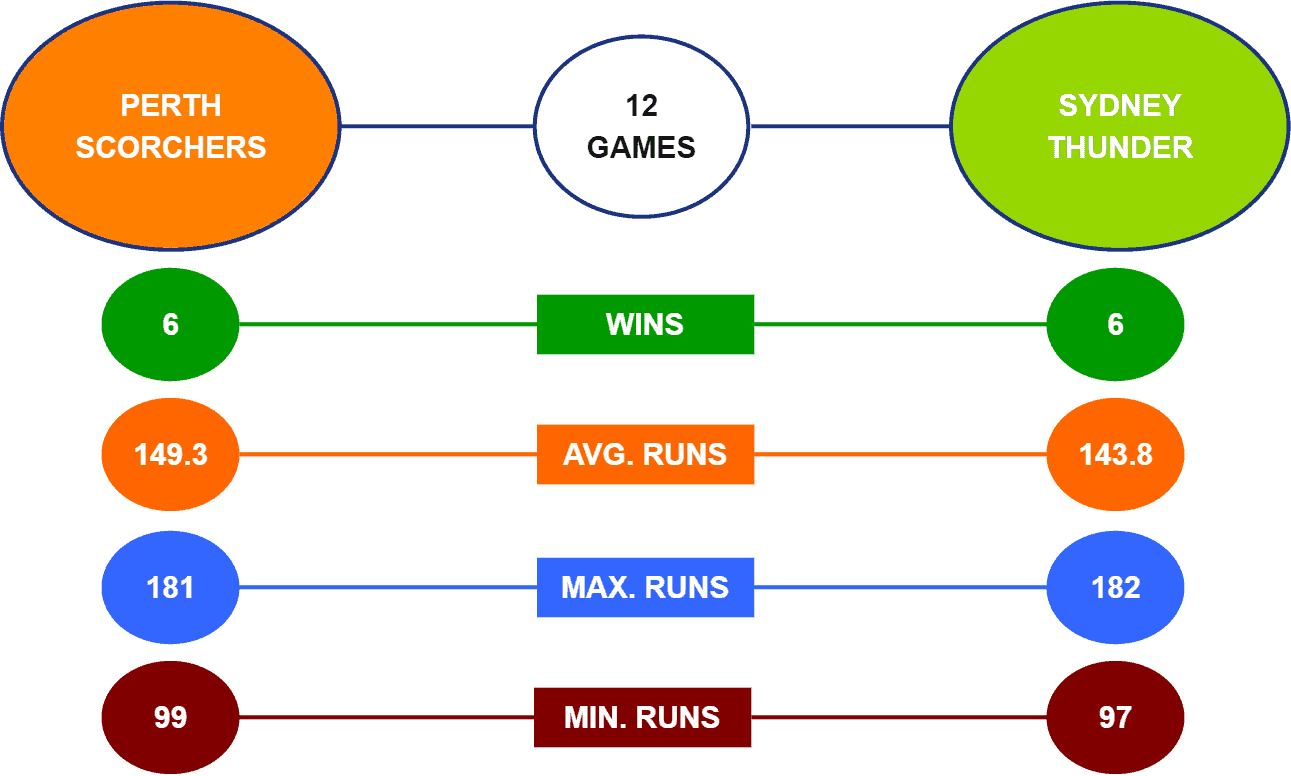 Thunder to win: why is this a good bet?

So the Scorchers are finding their groove at last after a poor start and have now won each of their last three. Their batting looks extremely strong and their fast bowlers are obviously suited to conditions at their home ground in Perth.

That’s all well and good but it’s worth remembering that the Scorchers are second from bottom with 13 points, while the Thunder (who have admittedly played a game more) are on 22, top of the table no less. Big difference.

And yes, it’s true that the Thunder will miss Daniel Sams, a wicket-taking bowler and fine lower-order batsman who has made good contributions in both disciplines already this season. He’s still recovering from a concussion.

But one man doesn’t make a team and they have plenty of other weapons. Up top for example, where Usman Khawaja and Alex Hales have been on fire as an opening partnership. And Tanveer Sangha is after all the joint-top wicket-taker in the competition with 15 wickets.

Go with the side who’s been far more consistent over the course of the season.

Chris Green Thunder Top Bowler: why is this a good bet?

Why our Hot Het is so HOT

With a Top 5 of Roy, Livingstone, Munro, Inglis and Marsh, there’s a lot of quality in the Scorchers’ top order. But there’s’ still a good bet.

Despite winning last time, we’ll serve Marsh because it’s hard to top score from number five in two games in a row. And we’ll also give both Roy nad Livingstone a miss in that they’re in the same boat: they arrived late to the tournament, haven’t been in good touch and don’t rate good value.

Josh Inglis has a good tournament but he’s batting out of position. He’s an opener who is doing his best down at number four.

Both sides are extremely strong at the top of the order but their middle and lower-middle order isn’t that great compared to a couple of either sides.

If either team starts very well you should get good odds on less than 180 runs batting first. They’ll do well to keep scoring at nine an over and lack firepower down the order to keep on going.

So those are our Perth Scorchers vs Sydney Thunder tips for the game.