The Ashes 2021: Paine Steps Down as Captain but Who will Replace Him? 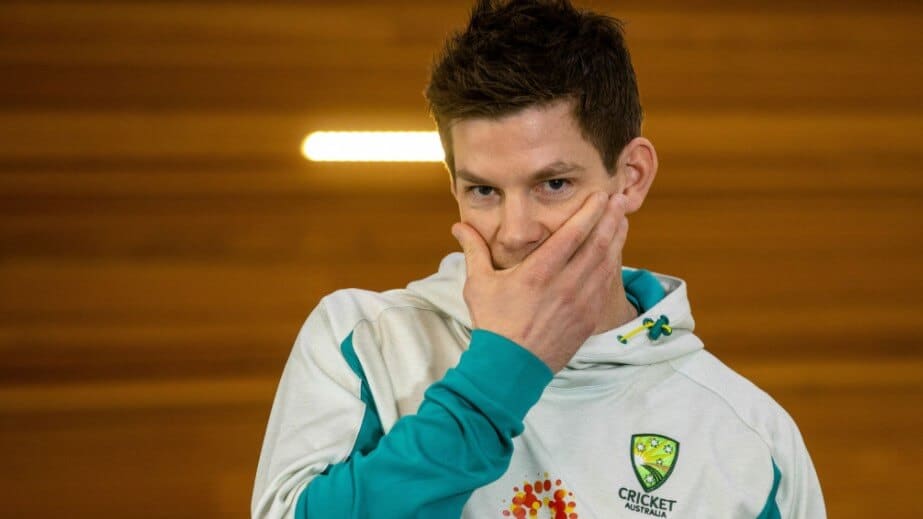 Australian cricket has been rocked by the shock resignation of Test skipper Tim Paine, just three weeks before the 1st Ashes Test in Brisbane. Here’s why he resigned, what will happen next for Paine and of course, who is in line to take over from him with such a big Series looming.

Why did Paine resign?

It came to light that Paine had been the subject of a 2017 investigation into misconduct undertaken by Cricket Australia and Cricket Tasmania, where he plays his domestic cricket.

Paine was accused of, and admitted to, sending text messages of a sexual nature including explicit photos to a female colleague at Cricket Tasmania.

He was exonerated at the time by both organisations and by all accounts, admitted what had happened to his wife, who he is still married to.

The matter only came to light in the first place when the female colleague was accused of theft and made a formal complaint about Paine’s behaviour as part of the investigation.

The whole episode happened just before Paine was recalled to the Test team after a seven-year absence.

Even though Paine confirmed the texts themselves were not in violation of any the Cricket Australia Code of Conduct, he felt giving up the captaincy with immediate effect was the right thing to do:

“Today, I’m announcing my decision to stand down as the captain of the Australian men’s test team.

It’s an incredibly difficult decision, but the right one for me, my family, and cricket.”

What next for Paine?

Paine will remain as part of the Australian Ashes squad as their first-choice wicket-keeper and is expected to bat at number seven.

In fact, he’s the only specialist wicket-keeper in the side at the moment.

And Australia haven’t felt the need to include another gloveman to the squad, with Matthew Wade, a surprise exclusion from the squad, and Alex Carey, the most likely candidates if they do.

But it may not be as simple as that.

He’s currently recovering from neck surgery to repair a pinched nerve in his neck due to a bulging disc and hasn’t played competitive cricket at all since April, a First-Class match for Tasmania.

Even if his recovery goes well, there’s a chance he might go into the First Ashes Test with little or no game time at all under his belt.

That’s far from ideal given the demands of keeping wicket and batting in an Ashes Test.

So it’s not impossible that Cricket Australia decide that the scandal, alongside his fitness concerns, are just too much of a risk and replace him between now and the First Test.

How successful was Paine’s captaincy?

Paine took over from Steve Smith in the wake of the Sandpapergate scandal in March 2018.

Although drawing the 2019 Ashes series in England and getting to keep the urn (the first time Australia didn’t lose in England since 2001) was just about the high point, he was in charge of two Series losses to India at home.

He was also at the centre of controversy when being fined 15% of his match fee for showing dissent and swearing at umpire Paul Wilson during the drawn Third Test at Sydney in January 2021.

In a separate incident, he also sledged India batsman Ravi Ashwin. Though there was no fine or punishment for that, he did formally apologise.

The irony of these incidents were that one of the pledges made by the Australian Cricket Team when he was appointed was that they aimed to improve the culture of the team and their on-field behaviour after the Sand Papergate affair shocked the cricketing world.

Who will succeed Paine as captain?

That’s the million-dollar question. Here are the main candidates.

Pat Cummins is the frontrunner for three simple reasons.

But appointing fast bowler Cummins would be seen as a real anomaly as far as the Australian Test captaincy goes. There hasn’t been a specialist bowler in charge of the side since Richie Benaud back in 1964.

Australia were likely to want to rest each of their premium fast bowlers- Cummins, Josh Hazlewood and Mitchell Starc- for at least one Ashes Test. If Cummins was to take over the captaincy, they wouldn’t be able to rest him.

In many ways, the obvious man for the job. He’s experienced, has led the team with success before and…is a batsman.

But then again, it’s impossible to forget what happened in the ball-tampering Sandpapergate affair on his watch and some will feel he doesn’t deserve another chance.

As an aside, David Warner was seen as the main instigator of the unfortunate incident so if Smith isn’t going to be considered, then Warner certainly won’t be.

Famously, a cricket-obsessive, he ticks the boxes of being a batsman, an automatic choice in the XI and a ‘good age’ at 27, where he’s experienced enough but still has at least six or seven years ahead of him at this level.

But he’s had little captaincy experience and may lack some maturity in terms of managing such a high-profile team on a personal level.

A very different case to Labuschagne.

He does have plenty of captaincy experience from captaining Queensland for years and is seen as an excellent thinker and laid-back captain who makes his players feel relaxed.

On the downside, he may be too old at 35 and has only just come into the squad after two years in the wilderness.

Despite the unwanted distraction for Australia, the bookmakers don’t see the Paine affair as too damaging to Australia’s fortunes.

They remain extremely short favourites at 1.24 with 10CRIC to win the Series.