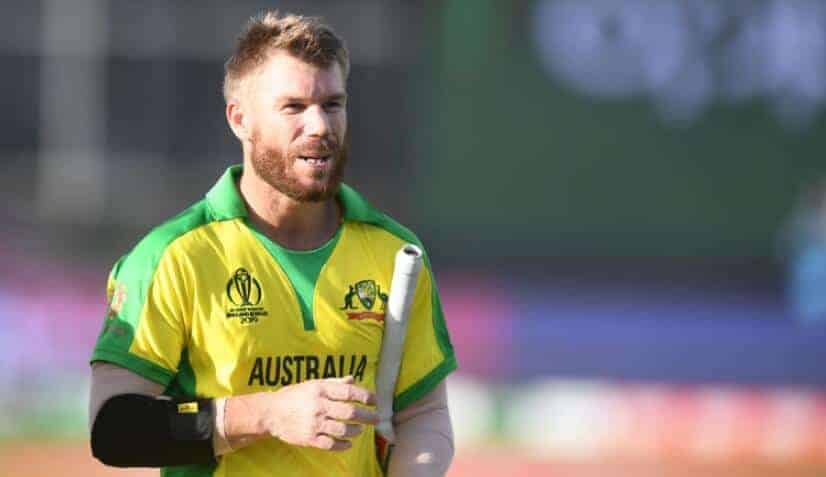 David Warner marked his return to cricket ahead of the T20 World Cup, albeit not in an official game, by getting out for a first-ball duck. Team-mate Glenn Maxwell is backing the veteran opener to come good eventually but we here at Bet India aren’t so sure that’s going to happen.

A good delivery from New Zealand’s Tim Southee, Warner charges towards him, there’s an edge and Martin Guptill takes an absolutely brilliant one-handed catch at slip.

The match was one of the warm-up games currently being played as teams make their last-minute adjustments. Australia chased 159 off the last ball of the match.

As any batsman knows, a first-ball duck could happen to anyone.

But it’s just typical of the year Warner has had, that it happened to him. Not just that he got a good delivery first up but also that a mind-boggling catch was taken, rather than dropped.

It’s worth remembering what happened to Warner at this year’s IPL. He was opening batsman and skipper for SRH. He had a horrid run with the bat, his team kept on losing and he was sacked as captain and player.

When Jonny Bairstow decided not to come back for the second leg of the IPL in the UAE, Warner got a reprieve.

Having Maxwell as your mate

“Those sorts of things happen when you’re searching for it. But you know when he gets out there come game time, come the 23rd [of October], regardless of what happens in the next practice game, you know he’s going to hit the ground running. He’s going to be a big player for us.”

One wonders if that confidence in Warner is justified.

He hasn’t been at his best for at least a couple of years now and Australia are taking a big gamble on a player who consistently gets out cheaply and looks shorn of confidence.

If not Warner, then who?

It’s bad enough that Aaron Finch the skipper has struggled for form. But as skipper, he has to play.

One option is to open with wicket-keeper Matthew Wade, who has done that job admirably for the Hobart Hurricanes over the years in the IPL and occasionally for Australia.

Another option is to play all-rounder Marcus Stoinis as an opener. He’s been opening for the Melbourne Stars for three seasons and loves hitting it over the top in the Power Plays.

Either of those options would allow experienced openers to replace Warner while obviously making room for another player to come in for Warner.

For example, it would allow them to play two frontline spinners in Ashton Agar and Adam Zampa alongside the famed pace trio of Hazlewood,  Starc and Cummins.

Or an extra batsman in Josh Inglis.

What odds Warner top-scores for Australia at the WC?

Here’s a quick analysis of the online cricket betting odds available for the Aussies. Betway make Finch joint-favourite at 3.5 alongside Warner to top score for Australia at the World Cup.

As explained in our T20 top batsman betting guide, being an opening batsman in T20 is arguably the most important factor when looking for batsmen bets.

But it isn’t the only one and both their strike rates and form are huge concerns.

There are far better bets in Mitch Marsh (5.0), Maxwell himself (6.0) and even Marcus Stoinis (15.0) who could be promoted during the tournament and bat much higher.