Playing out of the Bellerive Oval in Tasmania, the story of the Hurricanes in the Big Bash has mostly been one of disappointment.

They’ve never won the BBL before with two runner-up spots the best they have to show for their efforts.

They’ll be hoping things will be different this in this year’s BBL.

They have three strong overseas signings, however, Big Bash betting still has them as outsiders.

Where to bet on Hobart Hurricanes

BBL betting sites have taken note of the Hurricanes’ struggles over the years.

They are one of three teams to be considered the outsiders for 2020-21.

The best odds for Hobart Hurricanes to win the Big Bash is 8.5 with 10CRIC.

Check out our 10CRIC review for more information on this top Indian betting site!

For what it’s worth, they look stronger than the other two outsiders-  the Renegades and the Thunder- so a Play-Off place is achievable.

As we’ll soon see, their batting looks incredibly strong but their bowling looks a bit on the thin side.

Once the BBL starts in late 2021, you will find all of today’s cricket betting prediction and tips for the Hurrinaces right here! 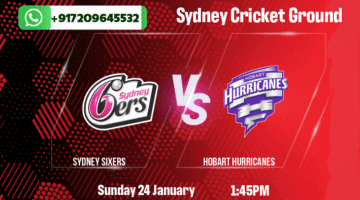 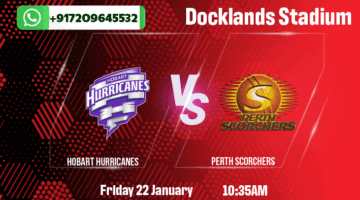 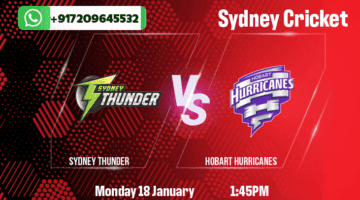 The Hurricanes put in a decent Group Stage performance last time out, winning six, losing seven and having one ‘no result’ in there, as well.

They may have finished higher had they had star opening pair Matthew Wade and D’Arcy Short around for more of the tournament.

Both missed matches on Australia duty but despite playing just nine games while others played 15, they were still the team’s top scorers with 351 and 357 runs respectively.

In the Eliminator against the fifth-placed Sydney Thunder, they conceded 197/5 and that was that, not even coming close to chasing that total.

Another season of what may have been.

Now 32, Wade has been lots of things as a cricketer including Test wicket-keeper batsman, middle-order ODI batsman, and for the past few years Hurricanes opening batsman and captain.

Often alongside D’Arcy Short, he’s fired at the top of the order playing a combination of proper cricket shots and big slogs.

He’s taken his time to work out how to open in T20s but his past two seasons have been prolific, ending as BBL second top run-scorer with 592 two years ago and scoring 351 at an average of 50 last year.

They’re likely to lose him to Test duties for a big chunk of the tournament, though the Hurricanes will be hoping he isn’t picked by his country. 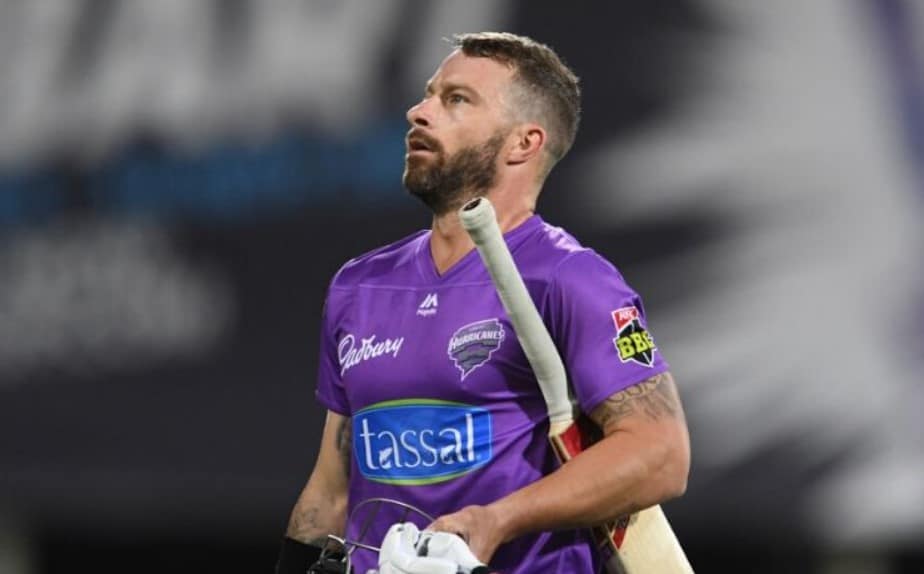 Rather like Chris Lynn at the Heat, Short just hasn’t been able to do for his country what he can do for his BBL team.

Also an occasional handy left-arm spinner, he’s charged with fast starts at the top of the order where his fierce hitting can quickly put bowling sides under pressure. Won’t miss any matches on international duty.

It’s been something of a quiet year for the Nepalese spinner on the T20 circuit.

He only played occasionally for the Melbourne Stars in last year’s Bash and didn’t play at all for the Delhi Capitals in the IPL this year despite being on the roster.

He’ll only join the side in January after international commitments but his contribution on wearing, turning wickets could be huge at the back end of the tournament.

Given the Hurricanes’ strength is in their batting, they’ll need plenty from the youngster, who’s BBL economy rate is an impressive 7.27.

The Hurricanes are just about the only side who didn’t lose any players since last year.

Although they may have hoped that after a one-year absence, they would have been able to have Jofra Archer available again.

In addition to the overseas trio of batsman Malan, all-rounder Keemo Paul and spinner Lamichhane, they also brought in the very capable batsman Peter Handscomb (who can also keep wicket) and Tim David.

Until Malan and Lamichhane arrive, they’ll play overseas replacements Colin Ingram and Will Jacks so they really do have all bases covered.

If they can find the right formula with their bowling, they could surprise plenty because their batting looks extremely strong.

When they’re able to field a Top 6 of Wade, Short, Malan, McDermott, Handscomb and Paul, they’ll have one of the strongest batting line-ups in the tournament.

This will be arguably the strongest they’ve ever had themselves.

It makes them perfectly equipped to chase because even in the face of a high total, they’ll always feel they have the firepower to hunt down any score, particularly because these aren’t just classy batsmen but also big six hitters.

When Lamichhane arrives they’ll be stronger with the ball but till he does, they look vulnerable when it comes to bowling.

Paul will do a decent job as the fifth bowler and Will Jacks will do his bit as well until Lamichhane arrives.

But James Faulkner can be incredibly expensive at times and they lack star opening and death bowlers who can take early wickets, or restrict batsmen at the end of the innings.