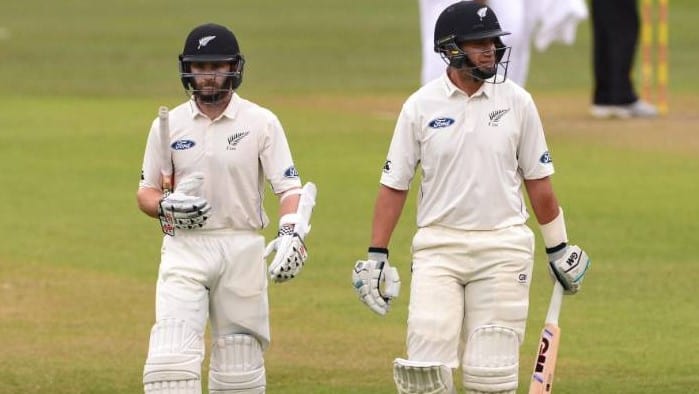 New Zealand have won the inaugural Test World Championship after a late, tense successful run chase that saw them get to their total of 140 for the loss of two wickets as they beat India in the one-off Test match at Southampton.

The New Zealand win deprived us of a clean sweep of cricket betting tips but in truth, it was no more than the Black Caps deserved. Here’s how it happened.

For much of the match, it looked like it was heading for a draw after two whole days were lost to rain.

That was until India were guilty of a poor effort in their second innings, only mustering 170 to leave Kane Williamson’s side with that simple-looking chase of 140.

Proof of India’s problems was that no-one even got to 50, the brilliant Rishabh Pant top-scoring with just 41 but being one of many Indian batsmen who was guilty of eventually getting out to a rash shot.

Once he departed, the likes of Ravindra Jadeja and Ravi Ashwin, the last two recognised batsmen, weren’t able to score enough runs to either take time out of the game or set New Zealand a stiffer total.

And that’s what cost them.

New Zealand left it late, only wrapping up the Test in the last hour of the reserve (sixth day) with Ross Taylor somewhat appropriately scoring the winning runs.

They are the epitome of a side that plays as a team rather than relying on the brilliance of individuals and this was very much an all-around team effort.

That said, there were a few heroes worth highlighting.

Kyle Jamieson walked away with the man-of-the-match award after taking five first-innings wickets, two in the second that were those of Chet Pujara and Virat Kohli (no less) and also contributing with 21 priceless runs in the only time he batted.

He got good support with the ball from Tim Southee (five wickets in the match) and Trent Boult, who also took five in the game including the crucial wicket of Pant, the second time India batted.

With the bat, skipper Williamson scored 49 and that unbeaten 52 in the fourth innings. Those runs don’t seem like much but in a low-scoring match on a tricky pitch, those were contributions that were as important as what anyone else did.

Devon Conway continued his good start to his Test career with 54 and 19, while the uber-experienced Ross Taylor was the right man to finish off the job with a flowing 47 not out, including a boundary to seal the deal.

How you could have made almost ₹1000 in profit!

The Black Caps’ deserved win deprived us of a clean sweep of winning tips.

We were holding out for the draw at 2.9 but it wasn’t to be.

Still, a bet of just 100 Rupees on those four selections would have provided the following returns:

Add to the equation the 100 we lost on the draw and it’s still a profit of 923 Rupees over the course of the game if you’d placed a 100 Rupee bet on each of our tips. Not bad at all!

So that’s that for the inaugural WTC but that’s not to say the cricket is done for the time being.

On Thursday you can also look forward to the final of the PSL, which we’ve previewed here in full and the Second T20I between England and Sri Lanka, that we’ve provided basic quick tips for.

England are 1-0 up in that one after a nerveless Jos Buttler 68 off 55 saw England home with 17 balls to spare on Wednesday night.

Of course, if it’s the upcoming T20 World Cup you’re already thinking of, then our dedicated WC section is the place to start doing your research ahead of the big one later on in the year in India.

There’s lots there to get your teeth stuck into. Two of the most recent articles look at why New Zealand may be adding the T20 WC to their recent WTC  win and how MS Dhoni and AB de Villiers are just two of the big names that will be absent from the tournament.

We look at why they won’t be playing and also round off the list with three more high-profile players that will be sorely missed.