The 5 Best Big Bash Players of all Time That includes stars of the Australian team, some of the world’s best T20 exponents who have featured as overseas players and even some lesser-known Australian players who have really made their mark on the tournament.

Up next is our list of the best Big Bash League players from the last 10 years – in terms of betting online, they are all hot favourites within the BBL!

How did we choose the best BBL players?

So, for example, though Shane Warne and Ricky Ponting are two of the greatest cricketers ever to have played the game, they weren’t particularly eye-catching in terms of their Big Bash appearances seeing as they were in the twilight of their careers.

Here are five of the best Big Bash players! 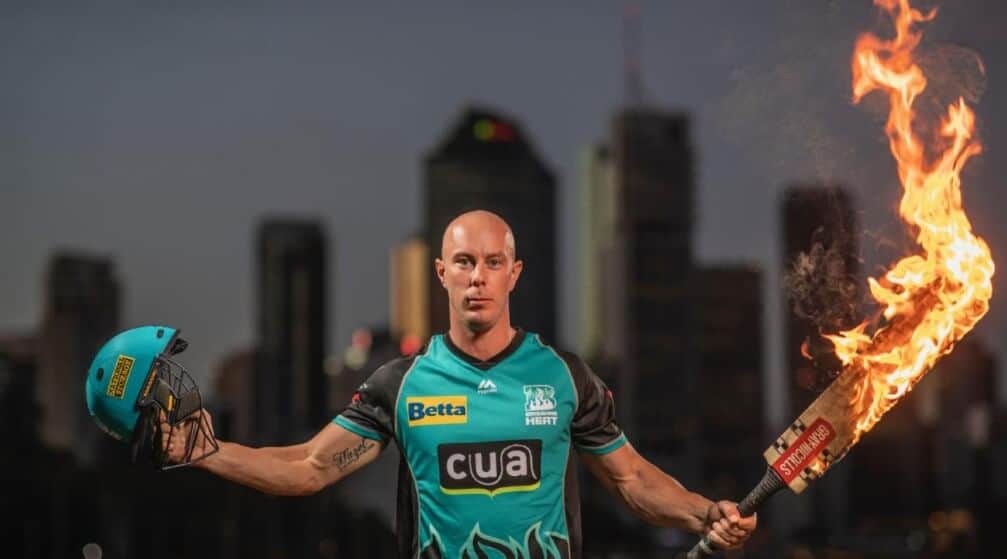 Consider this. Take the second-highest run scorer in the history of the BBL- Australian ODI and T20 captain Aaron Finch on 2567 runs- and now add 2000 runs to that total. Or 20 centuries if it’s easier to look at it that way.

The number you’ll come up with still doesn’t reach the total number of runs Lynn has scored in the BBL (4682).

Lynn has never been able to replicate his Big Bash form for Australia, failing to reach 50 in 18 attempts in T20Is, nor has he been able to put in performances of the same standard in the IPL or CPL.

But he’s the King of the Bash. So much so that when he’s depositing sixes 90-odd metres in the stands during yet another whirlwind innings, the Heat faithful refer to it as Lynnsanity.

For good measure, his total sixes in the Bash (146) are almost twice as many as the second biggest six-hitter- again Finch- who is on 83.

He actually won the tournament with the Heat back in 2012-13 but back then he was a middle-order batsman who bowled a bit.

These days he’s arguably the most feared batsman in the whole competition but it’s been a lean few years for the Heat and skipper Lynn, who are just fifth favourites at 7.0 with 10CRIC to win it again. 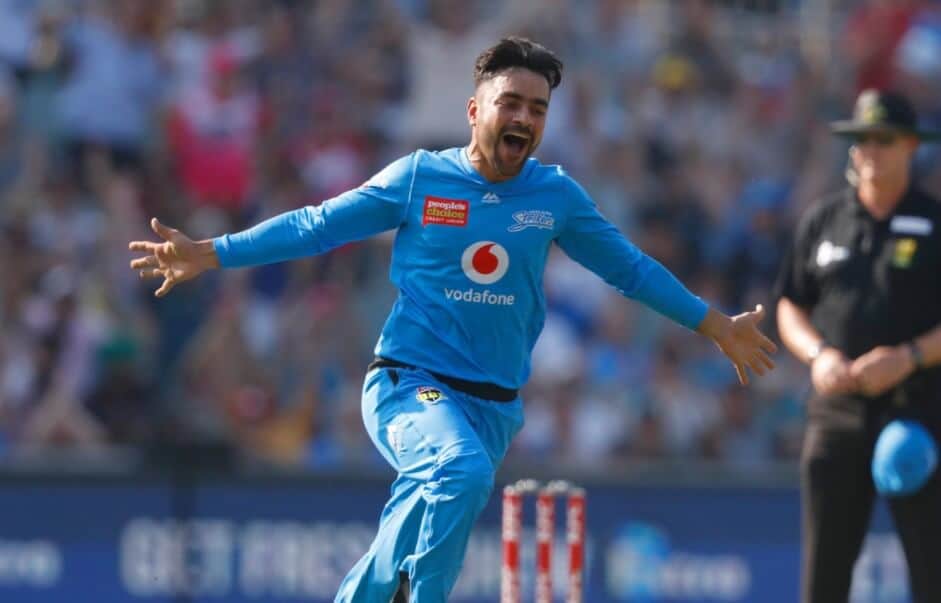 Just over three years ago Rashid Khan was an up-and-coming Afghanistan teenager who modelled himself on the great Shahid Afridi as an attacking leg spinner who could smash sixes at will when in the nood. He’d already played for his country as a 17-year old but the cricketing world didn’t really know about him yet.

The Adelaide Strikers lost no time in signing him up for the 20-17-178 campaign, during which he took 18 wickets in 11 matches to end as the league’s top wicket-taker that campaign, which the Strikers won. Ironically, he missed the final against the Hurricanes on international duty but he’d more than done his bit for the team already.

In 40 BBL matches he’s taken 56 wickets (1.4 wickets a game) at a brilliant economy rate of 6.37 and is just one of five players to have taken a Big Bash hat-trick. He’s occasionally also played some useful cameos with the bat, going all-out attack in the death overs.

But there’s some trouble ahead for him and the Strikers this year.

Afghanistan have planned a three-match ODI Series against Ireland that overlaps with the Big Bash meaning Khan may not be available for a few Strikers’ games at the end of the tournament because after returning from the UAE, he’d have to spend 14 days in quarantine on his return. Khan does, of course, have the option of requesting not to play that Series.

The Strikers are 6.0 third favourites to win the Bash this year. Originally an all-rounder,  the Hurricanes made the smart move to play him as an opener at the start of the 2017-18 season and he’s never looked back.

He top-scored in both the 2017-18 and 2018-9 editions, also picking up the Player of the Tournament award in each of them. In the first of those he was crucial to the Hurricanes going all the way to the final.

Like Lynn, his career never kicked off either for Australia or in T20 leagues outside Australia, but the Hurricanes couldn’t care less.

With those numbers, no wonder he’s apparently the best-paid player in the whole league. 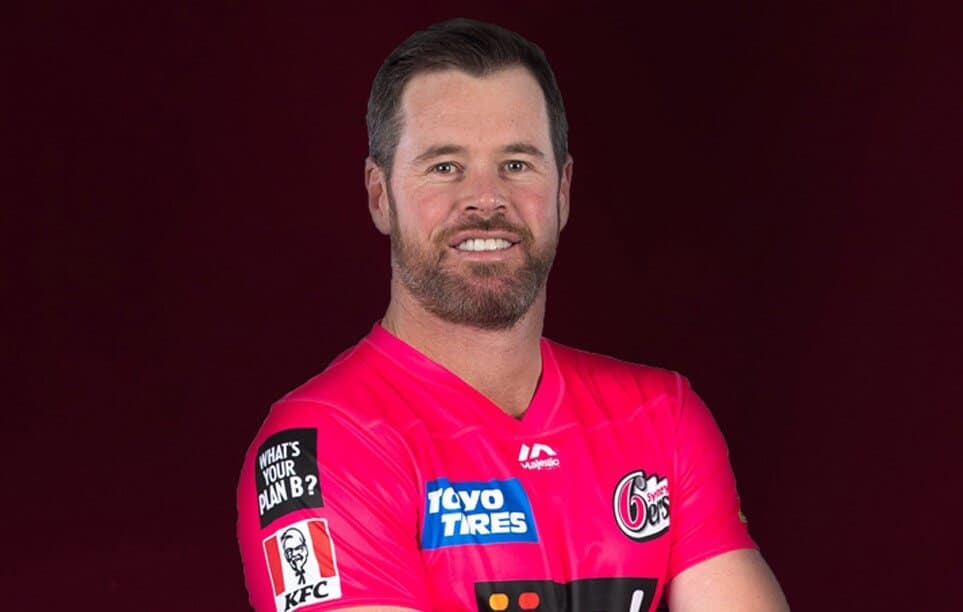 If ever you want a no-nonsense, grizzly, competitive, veteran all-rounder to come in and do a job, call for Dan Christian.

That’s what the Brisbane Heat did in the BBL early years, where he won the title in 2012-13 and then what the Melbourne Renegades also decided to do in 2018-19, where he also won the Big Bash, being man of the match in both the semi-final and final, no less.

When he went over to Notts in England to be skipper of their limited-overs side, he also delivered the goods as they won the T20 Blast in 2017 and again in 2020.

His figures in the Bash are typical of a classy all-rounder. 83 games, batting average of 23 and strike rate of 132, with the ball an economy rate of 8.26.

Whether it’s cameos filled with big hits or death bowling under pressure, he always contributes. Year after year Abbott is a consistent performer in the Bash for the Sixers, bowling four overs of controlled, varied, fast bowling that’s just difficult to get away.

Proof of his consistency over the past few seasons are his wickets per season, most recent first: 14, 22, 13, 20, 11. It means that his 99 wickets in total in the BBL are second only to Ben Laughlin and that he’s taking a wicket every 15 deliveries in the Bash, which is brilliant. He once took 5-16.

Abbott is from the school of unfussy, uncomplicated bowlers who get the job done and he was instrumental in the Sixers’ success last campaign, when of course they won.

Expect another big campaign from both him and the Sixers. They could go close to winning at 6.0 with 10CRIOC and he’ll be one to keep an eye on for Top BBL bowler.