In the Big Bash League, players are under contract with their team but can leave their team if they’re out of contract or with the permission of the club who currently owns them.

This might happen if the player is on a high salary and the franchise wants to release money so they can spend it on other players, always keeping within the Big Bash League salary cap.

Most Big Bash players stay at their team from one year to the next but there are a few that move to other BBL teams.

Here are the most significant Big Bash player transfers since the end of the 2019-20 season. Up first in our list of BBL transfers is the veteran all-rounder who made our top 5 best Big Bash players ever list, proof of just how good a player he is.

He’s also a good example of a player who may lack God-given talent but through hard work, sheer determination and a highly competitive attitude can more than make up for it.

A two-time BBL winner already first with the Brisbane Heat and then with the Renegades, he’s also been an inspirational skipper and key player for Notts in the T20 Blast, where he’s won the title twice as well.

In fairness, he had a poor season last time out with the Renegades with both bat and ball but could go much better at his new team. His departure was an amicable one with the Renegades happy to let him leave so they could free up some money to spend on other players.

He’s a good addition to a side who are second-favourites at 5.0 with 10CRIC to go all the way and win this year! The sight of Big Ben Cutting (he’s almost 2 metres tall) coming to the crease at number six or seven with the Heat in trouble and then depositing a couple of massive straight sixes into the crowd, was a familiar one for years and years.

The 33-year old all-rounder was once described by former England legend Andrew Flintoff as the biggest hitter of a cricket ball he had ever seen. An average of 22 with the bat suggests he’s not exactly Ben Stokes or Andre Russell as a world-class all-rounder but a strike rate of 149 in T20s is proof that this is a man who scores his runs quickly.

With the ball, his strike rate of 20 demonstrates he averages around a wicket a game even though his economy rate (9) could be better; his experience of over 150 T20 matches is just as important as what he can do as a batter or bowler.

The Heat will miss him this year as he transfers to Sydney Thunder. If you’ve never seen Peter Handscomb bat before, it’s not one for the purist. With a strange stance and elbows pointing in odd directions, it’s one of those techniques that’s hardly out of a coaching manual.

But Handscomb, also a wicket-keeper, is effective enough. He’s played 40 times for his country across all three formats and has a solid T20 average that includes a century and a healthy average of 25, which isn’t bad for someone who rarely opens.

He obviously felt like he needed a new challenge so left the Stars and the Hurricanes will welcome him, also probably playing him as wicket-keeper if as expected, they lose Matthew Wade to Test duties. It’s not often that overseas players move from one franchise to another but it does happen. The Nepalese spinner didn’t play much for the Stars last season after his spell in Melbourne was interrupted by an international call-up.

He was then part of the Delhi Capitals squad at this year’s IPL but there are rumours that their coach Ricky Ponting isn’t a fan and the result was that he didn’t play a single game.

But this is a high-class performer we’re talking about who can bowl at any stage of the innings.

He averages almost exactly a wicket a game over his T20 career and like all great bowlers in this format, goes at less than seven an over. With no Jofra Archer at the Hurricanes this season, he’ll be their main man with the ball.

As 8.0 shots with 10CRIC, one of three outsiders, they’ll need a strong season from him. 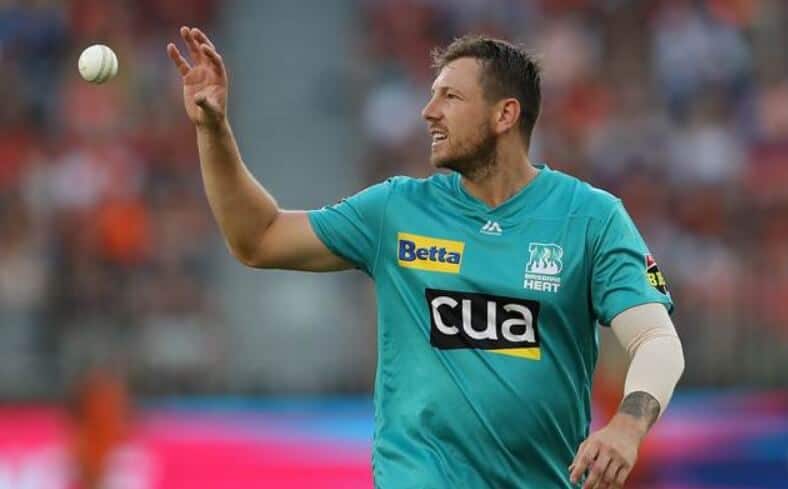 Not the first person you would have had down as a first-choice overseas bowler for the Mumbai Indians, arguably the strongest franchise in T20 cricket. But Pattinson had an excellent season for the Indians, although he did admittedly miss out on playing the final.

The irony of his excellent season is that he isn’t even seen as a T20 specialist. As an example, he’s played 21 Tests and 15 ODIs but just 4 T20Is for his country.

The other thing that’s somewhat unusual is that his lines and lengths are more typical of a Test bowler than a white-ball one.

But he’ll be feeling good about life after his IPL season and will be the leader of the Brisbane attack, looking to take early wickets at the start of the innings.