Glenn Maxwell Putting on a ‘Big Show’ for RCB 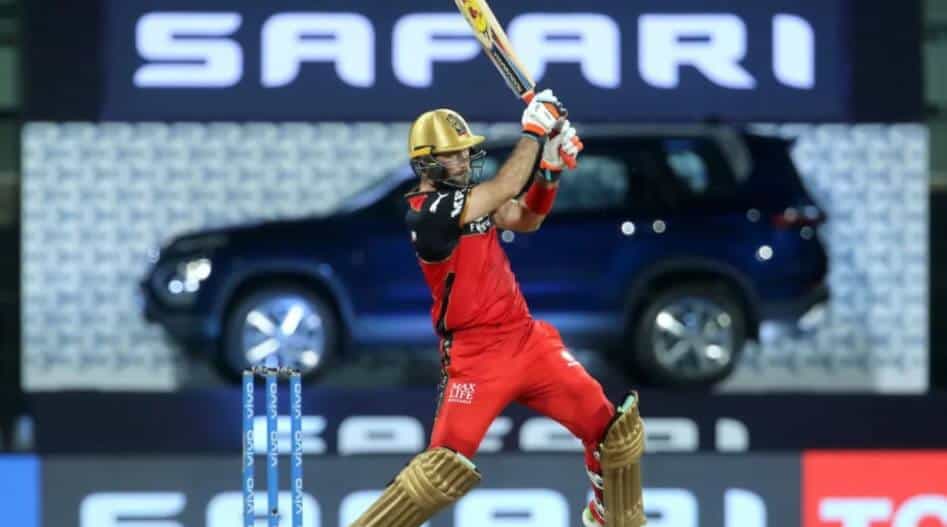 Glenn Maxwell has been the Royal Challengers Bangalore’s best batsman this season after being bought by RCB in the 2021 auction. The man known as the Big Show is proving the doubters wrong as he’s helped his side start the season in perfect fashion.

Six of the eight teams have now played three matches in the Indian Premier League and of those, only Mumbai and Delhi have won two of the three.

As regards Maxwell and co it’s three games, three wins for RCB. This is unfamiliar territory for a team who has struggled over the past few seasons but they couldn’t have asked for a better start and will already be eyeing up a Top 2 finish.

Key to their good fortunes has been the form of Glenn Maxwell. Batting at four for his new franchise, his scores have increased by the game: 39, 59 and 78 on Sunday against the Kolkata Knight Riders.

Auction fee starting to be justified

Maxwell’s form is vindication for RCB, who took a gamble on the man they call The Big Show.

They paid the hefty sum of 1.89 million USD after out-bidding CSK for Maxwell’s signature on a player who was released by the Punjab Kings in the off-season.

That was on the back of a truly horrendous season for the Australian all-rounder who famously failed to hit a single six last season and was dropped by his team towards the end of the campaign.

Maxwell put in a good display for the Melbourne Stars in the Big Bash, as he normally does, but many felt that despite being IPL Player of the Tournament back in 2015, he didn’t deserve another big IPL contract. But Maxwell himself wasn’t surprised by the price paid:

“I thought there might be a little bit of interest. I think a lot of teams want that middle-order player, I knew there were a couple of teams who were looking for a middle-order player who can bowl off-spin as well. I am just glad two teams went hard for me and in the end, RCB got hold of me.”

Top Batsman and Player of the Tournament awards to play for

Ultimately Maxwell would love to see RCB go all the way. But even if that doesn’t happen, there are some serious awards up for grabs for Maxwell himself.

And with two man-of-the-match performances on the back of brilliant knocks, he’s also a contender for Player of the Tournament.  RCB will be desperate for their man Maxwell to keep justifying his nickname.