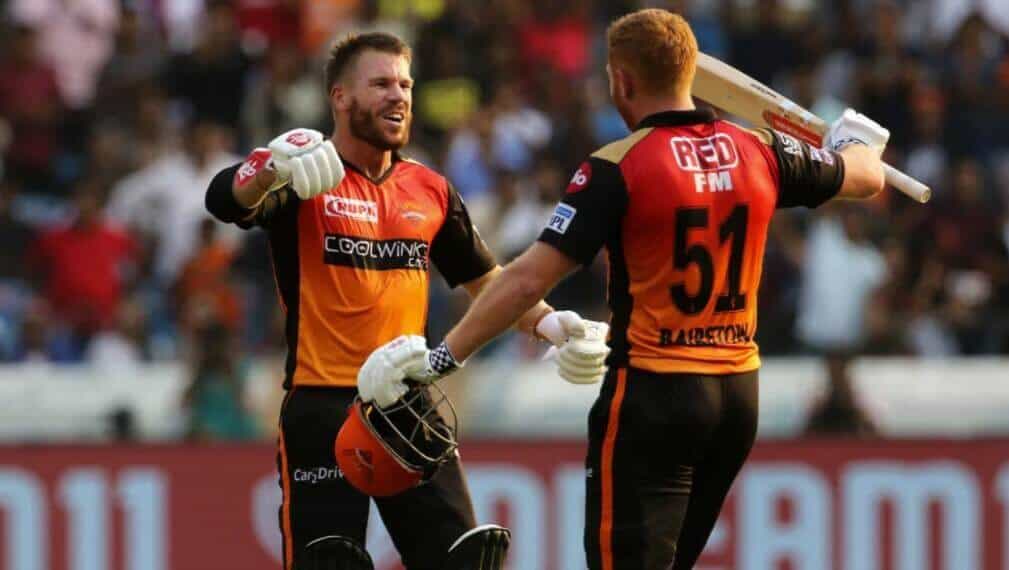 Sunrisers Hyderabad finally got their first win of the Indian Premier League 2021 while Chennai Super Kings picked up their third win of the season.

Punjab won the toss and chose to bat first. KL Rahul fell cheaply once again while Chris Gayle and Mayank Agarwal added some runs on the board before departing respectively at 15 and 22 runs.

Ultimately, Punjab Kings were bowled out at 120 runs.

For Hyderabad, Abhishek Sharma and Khaleel Ahmed, both playing in just their second IPL match of the season, picked up 5 wickets together.

Bhuvaneshwar Kumar, Siddharth Kaul, and Rashid Khan picked up a wicket each.

In response, Hyderabad chased the target of 121 runs in 18.4 overs, losing just 1 wicket.

David Warner and Jonny Bairstow started strong with Warner getting out at 37 runs. Bairstow stayed till the end and led his team to the win with his knock of 63 off 56 deliveries.

With that, Sunrisers Hyderabad have now snapped their three-match losing streak in the IPL 2021.

Chennai Display their Batting and Bowling Prowess against Kolkata

The evening fixture between Chennai Super Kings and Kolkata Knight Riders in Mumbai was far more entertaining than the Punjab-Hyderabad game.

Kolkata won the toss and chose to field. Batting first, Chennai put added an astounding 220 runs on the board, losing just 3 wickets.

Ruturaj Gaikwad finally clicked for CSK, scoring 64 off 42 deliveries. Faf du Plessis continued his fine form too, hitting 95 not out in 60 balls.

Moeen Ali and MS Dhoni also had a brief cameo, contributing 42 runs together for the team.

Kolkata’s bowlers had a day to forget – Sunil Narine and Varun Chakravarthy were among the most economical bowlers and picked up a wicket each. The rest of them conceded heavily in their spells.

In response, Kolkata Knight Riders reached as far as 202, all out.

They started the chase on a highly shaky note, losing their five opening batsmen in the powerplay itself. To put it differently, KKR were 31-5 in 5.2 overs, with Nitish Rana, Shubham Gill, Rahul Tripathi, and Eoin Morgan departing in single digits.

Dinesh Karthik, Andre Russell, and Pat Cummins attempted to stage a comeback, scoring upwards of 150 runs together. Russell and Cummins scored a half-century each and had they stayed on until the end, they would have possibly gotten the job done.

However, Deepak Chahar and Lungi Ngidi had other plans, picking up 4 and 3 wickets respectively.

Cummins was the only one who stayed until the end while their last three bowlers in the order were bowled out at 0.