IPL 2021 Schedule Announced; Mumbai to play Bangalore in the Opener 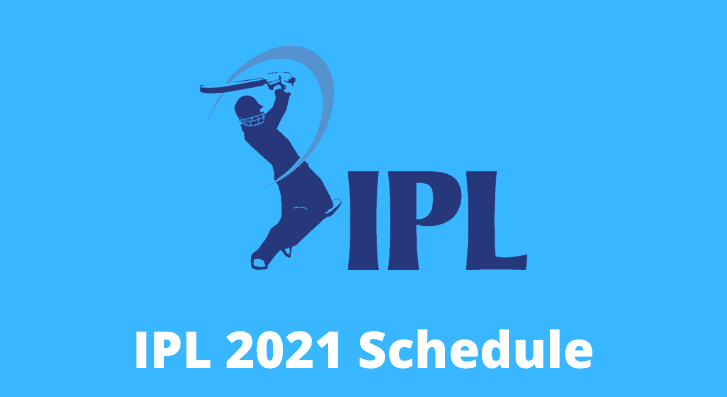 The IPL governing body announced the schedule for the Indian Premier League 2021 on Sunday.

The tournament returns to India after almost two years with the starting games likely to be played in empty stadiums.

No home advantage, all games in neutral venues

Six cities will host the 56 league games in the IPL 2021 – Ahmedabad, Chennai, Mumbai, Kolkata, Bengaluru, and Delhi. The teams will play their matches in 4 of these venues at the very least.

The two qualifiers, eliminators, and the final match of the league will be played in the iconic Narendra Modi Stadium Ahmedabad.

Defending champions Mumbai Indians will start their title defence in the opening game of the IPL against Royal Challengers Bangalore in Chennai.

One of the interesting things about the upcoming edition of the IPL is that the home advantage is effectively nullified. All matches will take place in neutral venues.

Moreover, to reduce the risk of transmission amidst the pandemic, the fixtures were planned such that all teams will travel only thrice in the two-month period during the competition.

Empty stadiums are the norm

There were speculations that the stadiums may be allowed to let in a fixed number of spectators for these matches. However, in light of the rising cases in some parts of the country, a call was taken to conduct the games behind closed doors.

The decision may be reversed at a later stage in the tournament, as per the IPL media advisory. Given that this year’s IPL final will take place in the world’s largest cricket stadium, it is fair to expect some sort of norms in place to let the crowds in.

Not a lot has changed in terms of timings – the evening fixtures will start at 7:30 pm IST while afternoon fixtures have a starting time of 3:30 pm IST.