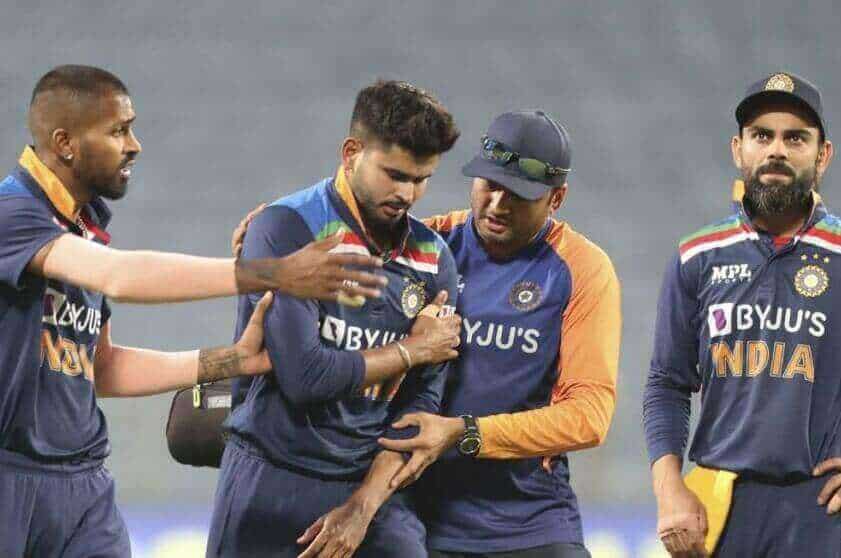 India batsman and Delhi Capitals skipper Shreyas Iyer has been ruled out of the ongoing ODI Series with injury but is also almost certain to miss the whole of the 2021 IPL.

Here’s what we know.

An injury to his shoulder sustained by Shreyas Iyer in the First ODI will have dire consequences for his club and country.

Iyer was immediately ruled out of the ongoing ODI Series with Capitals team-mate Rishabh Pant, who had been rested for the first game, coming in for him.

Iyer suffered the injury while trying to stop a ball hit by Jonny Bairstow and was in pain from the second he hit the ground.

It’s a huge shame for Iyer, who hasn’t always been a mainstay in the ODI team and was keen to make the most of his chances.

Bad news for the Capitals

It’s bad news for India but it’s much worse news for the Delhi Capitals.

Iyer was one of the Capitals’ best batsmen last season, normally batting at three or four, and is an excellent T20 player who can accumulate runs quickly or score quick boundaries when needed.

His absence should mean more game time for Ajinkya Rahane, who only played a few games last season, but is the Indian batsman best suited to bat at three or four in the skipper’s absence.

The Capitals will also have to decide about who will replace him as skipper. The most obvious option is Pant, a candidate for the role a couple of years ago when Gautam Gambhir stepped down as Delhi skipper.

World T20 shouldn’t be a problem

The Indian management have said the injury should rule him out ‘for months’ which will presumably mean he won’t be able to fulfil his commitments at Lancashire.

In a rare case of an Indian player signing up to play in the Royal One Day Cup in English county cricket, Iyer was looking forward to featuring in it for the first time.

But the Capitals skipper should be fit to be considered for the World T20 held later in the year.