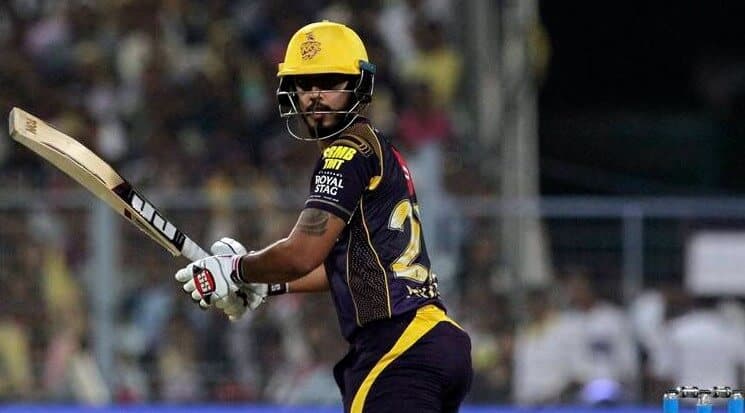 Kolkata Knight Riders started their Indian Premier League 2021 journey with a 10-run win over Sunrisers Hyderabad. It was a close game but the Knight Riders were just too good today. Get the full match report below.

Rana, Tripathi Rose to the Occasion for Kolkata

The Sunday evening in the Chennai stadium started with Sunrisers Hyderabad winning the toss and electing to field.

Nitish Rana led Kolkata Knight Riders to a strong start with the bat, scoring 80 off 56 to become the team’s top batsman.

Shubham Gill had a brief cameo but fell at 53-1 in the seventh over. Rahul Tripathi came one down and ended up producing a brilliant partnership with Rana. Tripathi’s 53 off 29 deliveries helped KKR put up a very respectable score.

Towards the end of the first innings, Dinesh Karthik also scored a quick 22 in 9 balls. All in all, the Knight Riders ended at 187-6.

As for the SRH bowlers, Bhuvaneshwar Kumar had an evening to forget, conceding 45 runs in his 4-over spell.

It was Mohammad Nabi and Rashid Khan who got a couple of wickets each and were most economical for the Hyderabad side.

Sunrisers Hyderabad lost their openers Wriddhiman Saha and David Warner right at the beginning; they were 10-2 in 2.1 overs.

Manish Pandey and Jonny Bairstow staged the much-needed comeback and helped SRH stay in the match. Both of them scored a half-century each although, Bairstow got out at 55, leaving Hyderabad at 102-3 in 13 overs.

Pandey stayed on at the crease and did his best but his 61 off 44 was just not enough. Toward the end, Nabi, Vijay Shankar, and Abdul Samad also came with the bat but little to no avail.

Sunrisers ended the innings at 177-5, losing the match by 10 runs. Expect for Andre Russell, all of Kolkata’s bowlers maintained an economy rate of under 9.00.