Kohli to Step Down as India T20 Captain Post-World Cup 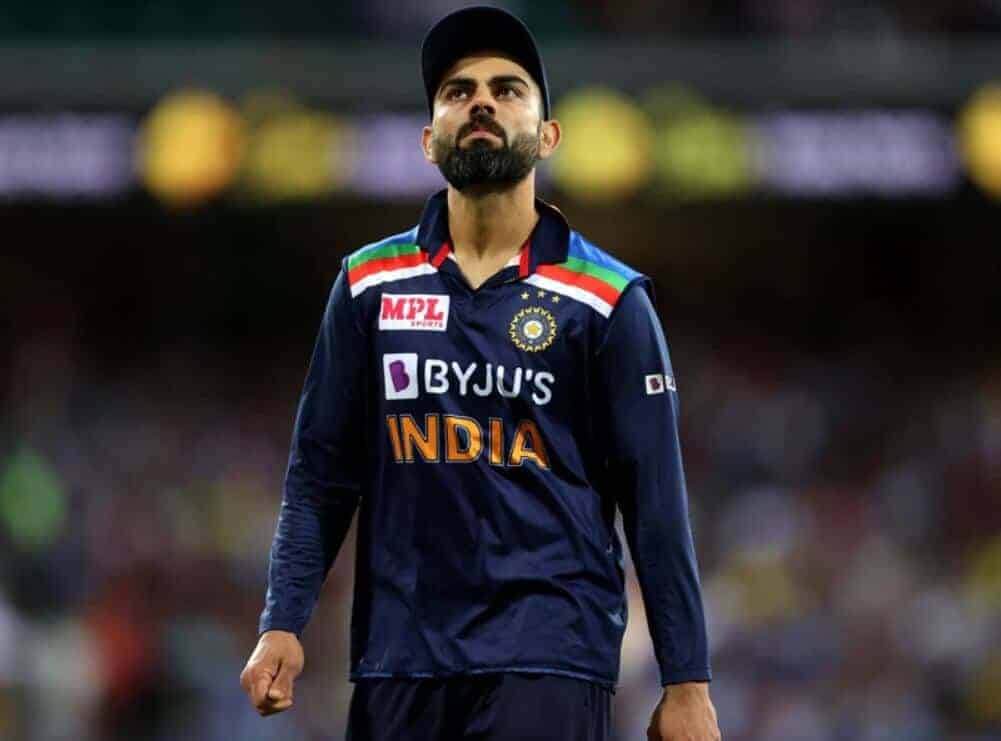 Virat Kohli will captain India for the last time at the T20 World Cup, which runs from 17 October to 14 November, before giving up the role. He’ll carry on playing just as a batsman for the India T20 side and will continue to captain India in Test matches and ODIs, in addition to carrying on being skipper of RCB in the IPL.

Although of course, he may also decide to step down from that role too, at the end of the current IPL campaign, which resumes on Sunday.

Why is he stepping down?

“Understanding workload is a very important thing and considering my immense workload over the past eight to nine years, I feel I need to give myself space,” Kohli wrote in a statement on Twitter.

“I have given everything to the team in my time as T20 captain and I will continue to do so for the T20 team as a batsman moving forward.”

He’s not wrong about the workload.

Not only is he just about the only player in the world currently captaining his country in all three formats plus an IPL side (besides New Zealand’s Kane Williamson, recently appointed captain at SRH in the IPL) but as a brilliant number three or four batsman, he spends a lot of the time at the crease as well.

In addition to that, he fields in the busiest positions.

And given that being India skipper is just about the most demanding and under-pressure job in the whole of cricket with so much responsibility including media commitments and fan’s expectations, and you can see why he’s calling it a day.

But if that was the official reason he gave, there may be another. Results in the Test arena have been excellent, which included getting to the inaugural final of the Test World Championship which they lost to New Zealand, but should probably have won.

They’re also ranked the number 2 team in the world in Tests only behind New Zealand again but would probably have been Number 1 had they avoided defeat in the canceled 5th Test against England last week.

But it’s been a somewhat different story in white-ball cricket.

He wasn’t yet in charge at the last T20 World Cup because MS Dhoni was still leading the side. But he was captain of the ODI side in 2019 who lost the semi-final as hot favourites to…New Zealand. Once again.

He’s also had eight seasons in charge of RCB in the IPL but results have been mixed at best, pretty disappointing at worst.

Despite often boasting star-studded batting line-ups with the likes of AB de Villiers, Shane Watson and Chris Gayle for company, the best they managed was a runner-up spot in the 2016 final, losing to SRH.

So maybe he’s not cut out for T20 captaincy, anyway.

Who can replace him as India T20 captain?

The obvious choice would be Rohit Sharma. Not only is he the current vice-captain of the Indian T20 side but he has also been incredibly successful as skipper of the Mumbai Indians in the IPL. All five of the IPL titles they’ve won were with Sharma in charge.

The only problem is that Sharma is 34 and not exactly ‘one for the future’. He’d be fine as  short-term replacement but may not be around in three years’ time or so India may struggle to plan for the long haul if he was in charge.

In Rishabh Pant (23 years old)  and Shreyas Iyer (26) they have the vice-captain and captains of DC. Iyer has been in charge for the last three seasons,  Pant was skipper for the first half of this year’s IPL while Iyer was out injured.

Pant may just be ahead if this was a two-horse race because he’s guaranteed to feature in the T20 side all the time. Iyer has just missed out on selection for the 15-man squad for the World Cup but will travel as a standby player.

The best option of all might be KL Rahul. At 28 he’s the perfect age to take over, he’s had plenty of experience as skipper of the Punjab Kings where he has been good in the role (despite the Kings’ lack of success) and is an automatic pick for India, whether as an opener or a middle-order batsman.

It will be interesting to see how much of a say Kohli has in who succeeds him.

India are the 3.6 favourites to win the upcoming T20 World Cup with Betway.