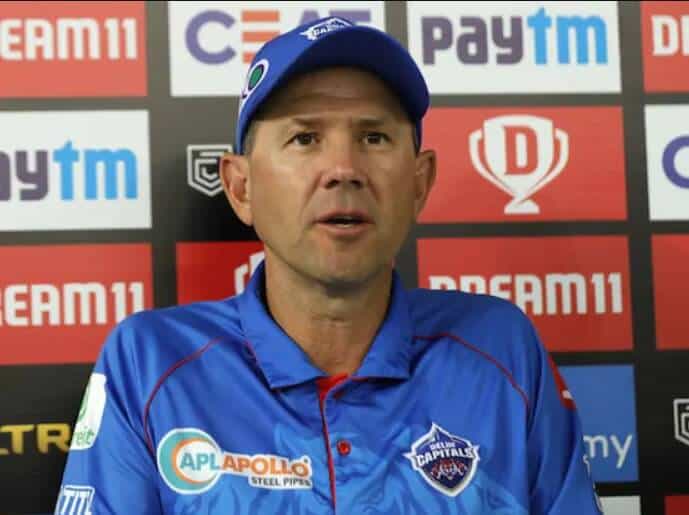 Delhi coach Ricky Ponting was at odds to explain some of the decisions made by his side and his skipper, Rishabh Pant, in the field after losing a close contest against the Rajasthan Royals on Thursday night. Here are some of the issues that were raised from yesterday’s Indian Premier League match.

Uber-experienced Test off-spinner Ravi Ashwin bowled just three overs in the match as the Capitals failed to defend 148 from a winning position.

Ashwin’s 18 balls went for just 14 runs and didn’t include a single boundary as the veteran spinner went through his full array of tricks and the Royals’ batsmen struggled to read him, let alone hit him for boundaries.

Capitals coach Ricky Ponting struggled to understand why he wasn’t given a fourth over, where his economy rate could have made a real difference to the end result:

“I thought he bowled beautifully tonight. Probably a mistake on our behalf, and something we will be talking about later on.”

He did however concede the decision may have had something to do with the dew factor, where spinners find it harder to grip the ball than seamers when it’s wet.

Stoinis and Curran disappoint with the ball

Whereas overseas duo Chris Woakes and Kagiso Rabada bowled extremely well, returning figures of 22-2 and 30-2 respectively, their two other overseas players,  all-rounder Marcus Stoinis and Tom Curran weren’t so good on the night.

Stoinis, famously a favourite of coach Ricky Ponting, bowled just the one over and conceded 14 runs.

Curran, who is primarily a bowler, was even more expensive. His 3.4 overs ended up going for 35 runs in total and crucially, he conceded 14 in the final over as he got his lengths wrong against Chris Morris. The big South African hit two sixes in the final over, including one off the fourth ball to seal the win.

Stoinis and Curran had an indifferent game throughout. Stoinis was out for a five-ball duck while Curran hit 21 off 16 but failed to accelerate at the death as the Capitals ended up 10 runs or so short.

One man they badly missed in that game was Anrich Nortje.

The South African quick missed his second match of the season after failing to get a negative Covid Test result ahead of this game. It’s odd that Proteas team-mate Rabada got his in time and played but either way, Nortje should be available for when they face the Punjab Kings on Sunday.

It was just the sort of economical death bowling that Nortje can deliver that they were missing on the night.

He’s likely to come in for the ineffective Curran but there may be other changes on the horizon with the likes of Steve Smith and Sam Billings waiting for their chance.