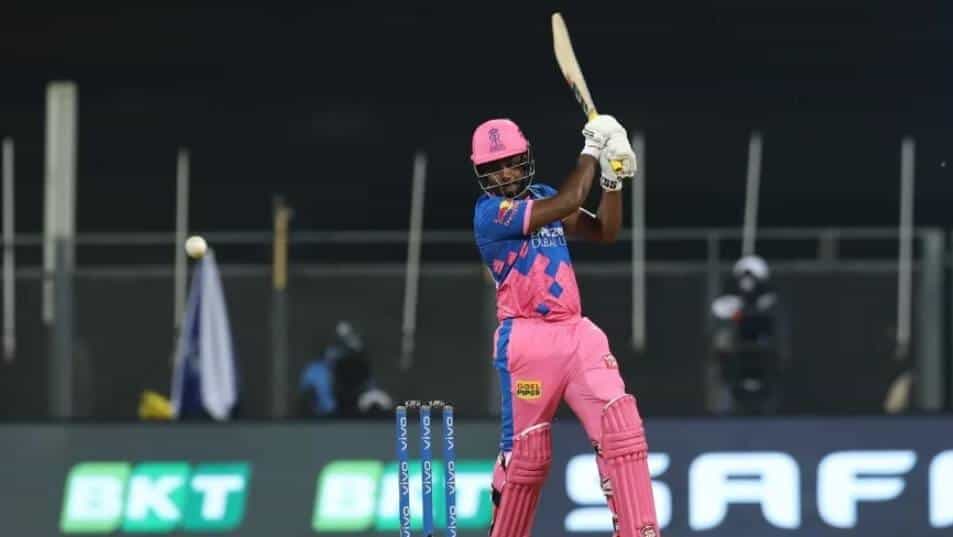 New Rajasthan Royals skipper Sanju Samson played the innings of the Indian Premier League so far in scoring a remarkable 119. It won him the man-of-the-match award but he still ended up on the losing side. Here’s the bittersweet story of Samson’s crazy Monday night.

Samson came to the crease with his side in trouble at 26/2, Ben Stokes going for a duck and Manan Vohra departing for 12. Had they been chasing 180 and the task was steep enough. But when you’re looking at a total of 222, not many would have felt the Royals would even come close.

But Samson had other ideas. Batting partners came and went but on he went, scoring 119 off just 63 balls, which included 12 fours and seven maximums. He struck at 188.

In a dramatic last over where he hit a towering six off the fourth delivery to keep his side in the game, he then refused a single off the fifth to leave himself with just the one ball.

A six and they’d win, a four meant a Super Over; anything less and they’d lose the game. In the end he found the safe hands of Hooda at long-off and the Punjab Kings hung on for a famous win.

Samson walked off with the man-of-the match award despite ending up on the losing side, a rarity in cricket.

It could easily have gone to KL Rahul after a classy 91 off 50 batting first. A reminder that Rahul is our top pick for IPL Top batsman and that 91 has already put him in a good position.

It may also have gone to Deepak Hooda, whose 64 runs were quite a few less than Rahul but scored at a considerably faster rate.

A good 40 off 28 from Chris Gayle also helped matters as they posted that monster 221/6. Were it not for Samson’s knock and it would have been plain sailing for the Kings.

But won it they did, giving KL Rahul’s side a fine start and leaving the Royals wondering about what might have been.

As for Samson, he’s been a rare presence in the India side over the years. He’s made just seven appearances in the T20I team since his debut, scoring just 83 runs and is out of the side at the moment.

India currently have lots of options in the middle order including Virat Kohli, Sheyas Iyer, Rishabh Pant and Suryakumar Yadav.  But a few more innings like the one he played on Monday night and the Selectors and Kohli will have to sit up and take note ahead of the World Cup.