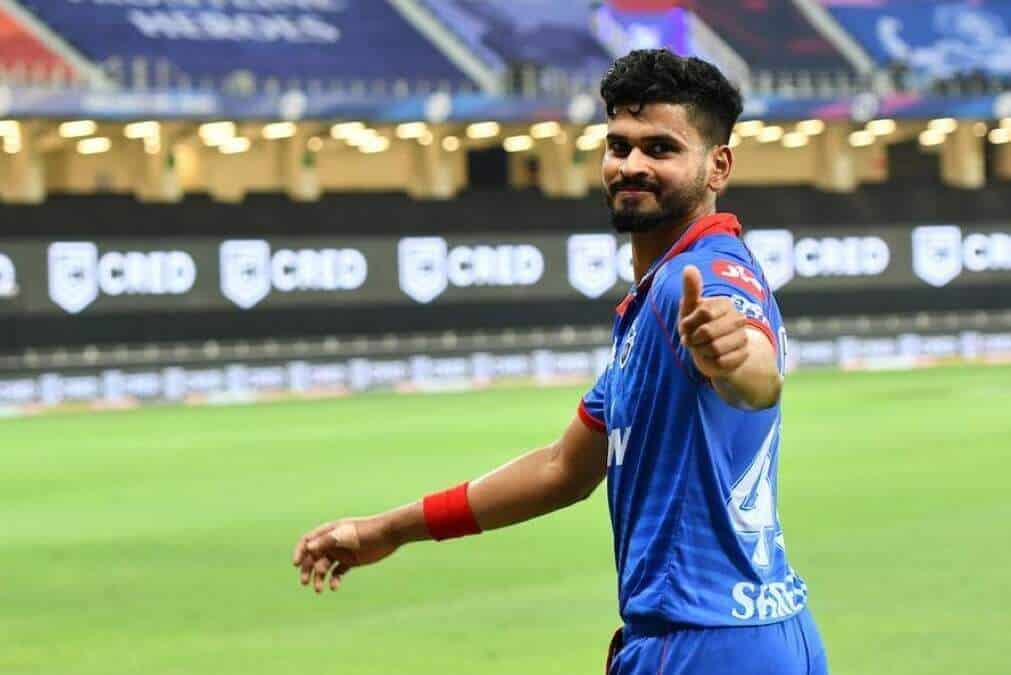 DC’s first-choice skipper Shreyas Iyer is fit to resume playing and his next assignment is a return to the IPL, where he’ll be joining up with his high-flying Delhi teammates.

Here’s why it’s such a boost to the Capitals’ chances to have Iyer back.

Shreyas Iyer will be fit to play for the Delhi Capitals when the action resumes in the IPL over in the UAE on September 12.

The middle-order batsman, who has made 51 appearances for India across T20Is and ODIs, hasn’t played competitive cricket since injuring his shoulder in March when he was playing an ODI against England.

Not only did he miss out on playing in the remainder of that Series but he also required surgery, which ruled him out of the IPL.

Thanks to the suspension of the IPL due to the increasing concern in India about Covid-19 and the time off in between its resumption, Iyer can now join his side after fully recovering. A senior BCCI source told PTI:

“Yes, NCA has issued a fit certificate to Shreyas. He stayed in Bengaluru at the NCA for a week and his final assessment happened a few days back. Based on all medical and physical parameters, he is now ready to play matches. This couldn’t have happened at a better time with India’s T20 World Cup campaign in two months’ time,“

Fast-starting DC have every chance

In Iyer’s absence, the Delhi Capitals made a superb start to the IPL, winning six out of their eight games, to go two points clear of CSK on 10.

That excellent start is highly significant because it means they have a Top 2 finish in their own hands, which would of course give them the chance to have two attempts at making the final.

That’s how things worked out for them last year. They lost Qualifier 1 to Mumbai but by winning Qualifier 2 in a tight, low-scoring match against RCB, they made the final at the second time of asking.

Sadly for DC fans, Mumbai were just a bit too good for them the second-time round, too.

But Betway are showing them plenty of respect right now. They make them the 3.75 second-favourites, with only CSK shorter at 3.5.

Key to their fortunes has been the batting of Shikhar Dhawan and Rishab Pant, while Avesh Khan and Kagiso Rabada were among the star performers with the ball.

Why Iyer’s return is a huge boost to DC

The return of Iyer to the fore is a huge boost because of the amount of options it gives the management.

One option is to leave out Steve Smith as a number three or four batsman, bat Iyer there, and then bring in another pace bowler like Anrich Nortje.

They could also opt to bring in a designated finisher like Sam Billings to bat at five or six rather than play Smith, when Iyer as a local player, can perform that number 3-4 role just as well.

The other issue DC have to decide on is whether they want to give the captaincy back to the returning Iyer, or leave Pant in command, who stepped in for the injured skipper and was responsible for all those early wins.

The best option is probably to give it back to Iyer.

Pant has plenty on his plate already given he’s a key batsman and also keeps wicket, while Iyer only plays as a batter.

Having three roles within the side is for the select few, of which MS Dhoni is one of the few shining examples.

One thing is for sure: Iyer’s return is a big boost for this Delhi side, still in search of their first-ever IPL title. With him back on board, they’ll never have a better chance of going all the way.