Sydney Sixers too hot for Scorchers in Big Bash Final 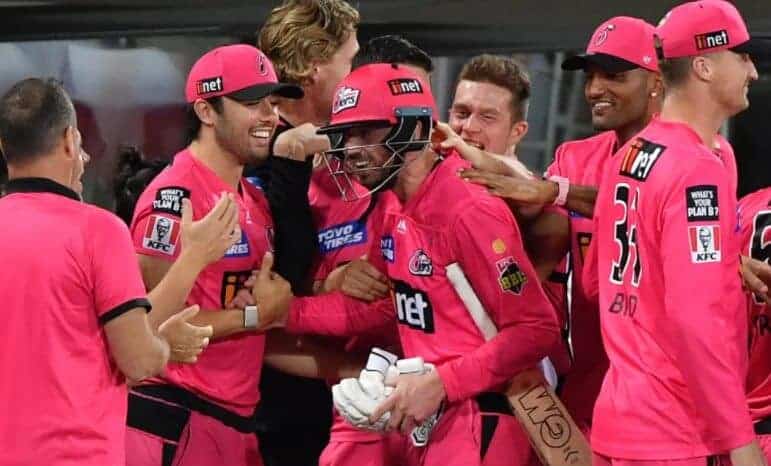 The Sydney Sixers beat the Perth Scorchers in Saturdays’ Big Bash final at the SCG.

This is their third title and go level with the Scorchers as the BBL’s most successful side. Match summary up next.

A comfortable win in the end for Perth men

It looked a good batting wicket from early on and the Sixers posted an extremely competitive 188-6 batting first.

This was after the Sydney Sixers lost the toss and were put into bat, a curious decision by Perth skipper Ashton Turner given their strength this tournament had mostly been batting first themselves.

There was a little bit of dew on the pitch for the second innings which would have played into the Scorchers’ hands but despite a brisk start, the Scorchers just kept losing wickets, no-one got to 50  and they ended up losing by 27 runs in the end.

That’s quite a lot but for most of the match it could have gone either way.

In the end the game was decided by James Vince’s masterful 95. It was the second time in a week he had got to 90 against the Scorchers and the second he failed to convert it into a century.

But it was more than enough to see him awarded Man of the Match, just like he has been last Saturday against these same opponents.

Not that his innings started in the best way as he ran out fellow opener and Player of the Tournament Josh Philippe for just nine.

The Scorchers’ Jhye Richardson added two more wickets to his tally to finish the season as the leading wicket-taker with 29 for the tournament.

The Sixers now have three BBL titles, the same as the Scorchers, while Sixers all-rounder Dan Christian has now won BBL titles at three different teams, having also won them at the Brisbane Heat and Melbourne Renegades.

It was a win the Sixers thoroughly deserved after an extremely consistent season and one we predicted long before the tournament started. The other team we tipped? The Scorchers.