The latest Big Bash betting is making the Sixers favourites to end the Group Stages with yet another win by beating the Stars. It remains to be seen whether a win will secure them top spot in the group or not but a win will at least make sure they finish Top 2.

The Stars need to win whatever happens in other games to make the Playoffs but by the time the start comes around,mmay actually be out anyway, if other results don’t go their way.

It’s a big BBL match that will take place at the MCG, home of the Stars, starting at 2.20pm IST on Tuesday January 26.

Big game, big tips and the best betting tips on Melbourne Stars v Sydney Sixers are up next. 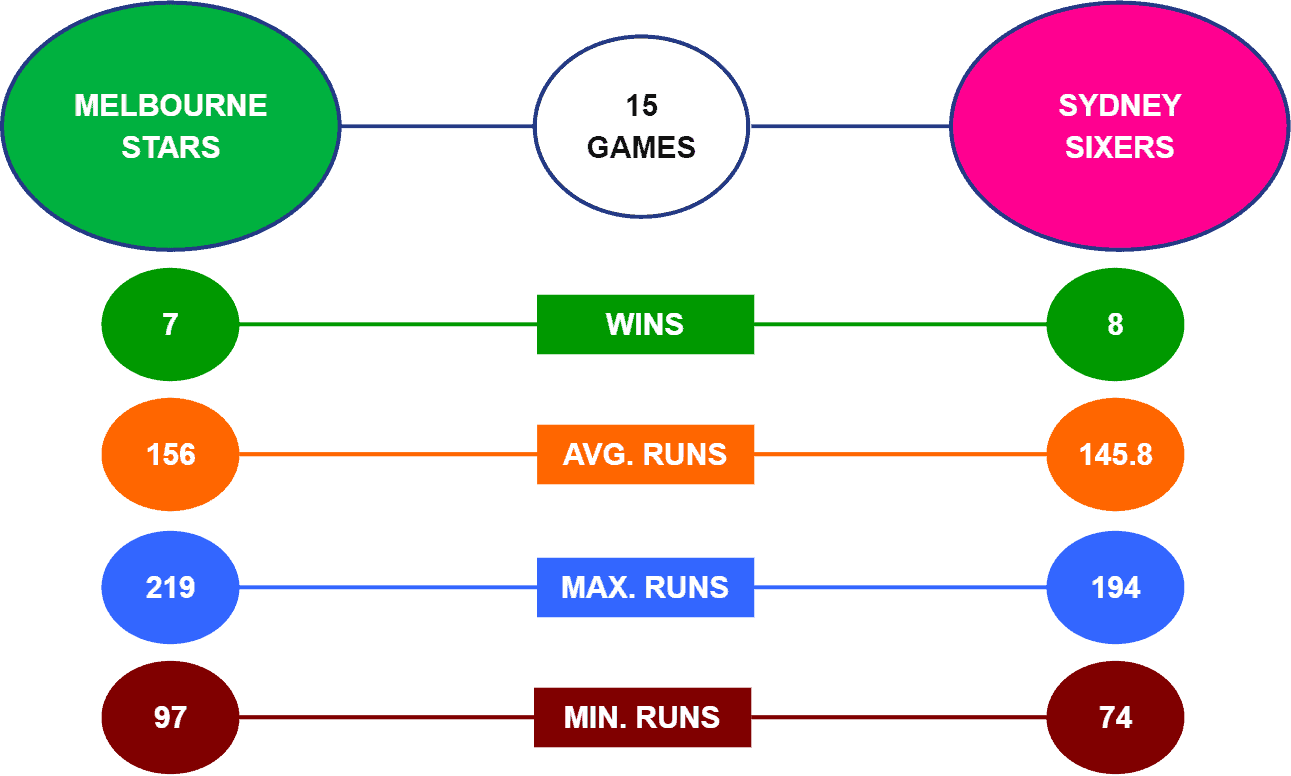 Sixers to win: why is this a good bet?

The Sixers’ last two games both ended in defeat and for a very good reason. Batting second both times, they conceded far too many in the first 10 overs or so. On both occasions they pulled things back well with the ball but had left themselves too much to do and didn’t manage to chase either of those scores. The first thing they should make sure they do then is bat first this time. Even if they do bowl first they need to improve on that side of things at the start or it could be a case of deja vu.

But the Sixers despite making that same mistake twice are a better side than the Stars and more of a team. They operate as a team whereas the Stars are and always have been, reliant on three or four….stars.

There’s also the possibility that by the time the game starts the Stars are already out because of other results, which would be highly demotivating. Enough reasons to side with the Sixers, another one being that they’re slightly ahead on head to head: 8-7.

Moises Henriques Sixers Top Batsman: why is this a good bet?

Big game, big occasion, get in the big game player. Dan Christian has already more than justified his transfer to the Sixers with a series of brilliant all-round displays, which of course is what you want from a player like him.

But more to the point, Christian already has two man of the match awards from 13 games and a tight, tense affair could just about being out the best in him.

He missed out last time, taking 1/23 with the ball and then getting a Golden Duck with the bat, getting out to an excellent delivery. That’s where the Sixers lost the game last time out and Christian is unlikely to let that happen to him again.

In fact, he’s far more likely to be a chief contributor in the match. Let’s hope it’s enough to get MOM.

In a tense game, the batters may not be at their best here and getting decent totals at the MCG is one thing but getting big ones is quite another. 170 may be hard to get at this giant ground so it may pay to go with less than 170 runs first up in live Betting, whoever is batting first.

So those are our Melbourne Stars v Sydney Sixers tips for the game.