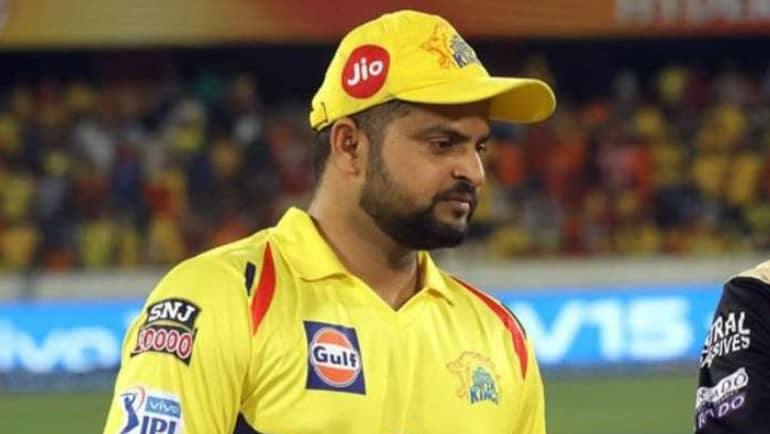 Over the next few weeks here at Bet India, you’ll be reading plenty about the most expensive players bought at the IPL Mega Auction, the best value ones, the ones who look over-priced and the ones who were just what a particular team needed and how this all impact our cricket betting tips for the 2022 IPL.

But right now, we’re going to look at the big-name players who didn’t make it. Well-known players who on another day, in different circumstances, could have been snapped up.

And others for whom their IPL race may just be run and who may have played their last match in this wonderful competition.

Here are the Top 5 players who went unsold.

For years, a classic IPL quiz question was: who is the leading runscorer in the history of the IPL? And for years, the answer was Suresh Raina.

Batting at three for the super-successful Chennai Super Kings, Raina was a real rock, hitting fifty after fifty with his trademark leg-side flicks and hoicks and occasional cuts through point.

He was never the most elegant but knew his own game inside out and his role in the team.

Aside from a two-year spell for the Gujarat Lions when CSK were suspended from playing in the IPL, it was CSK all the way for him.

Over 205 matches in the IPL, he scored 39 fifties and one century at an average of 32.5 but now sits ‘just’ fourth on the all-time list of IPL runscorers, overtaken by Virat Kohli, Rohit Sharma and Shikhar Dhawan.

In 2020 he missed the whole season after opting out due to personal reasons and in 2021 played the first few matches before being dropped in favour of fellow veteran Robin Uthappa.

It was a decision that was justified when Uthappa scored a quickfire 66 in the crucial Qualifier against Delhi. CSK went on to win the final.

At 35, it will be interesting to see what Raina does next: attempt to forge a career in other T20 leagues, or just call it a day.

For year after year, Smith got an extremely well-paid IPL gig on the back of his outstanding performances in Test and ODI cricket where he was just a fully-focussed, obsessed, one-man run machine.

But for year after year, the likes of Rajasthan, Gujarat and Delhi were missing the point: Smith isn’t nor ever will be, a high-class T20 player.

His numbers in the IPL are decent: 101 matches yielded one century and 11 fifties at an average of 34.5 and even his strike rate of 128 is a bit higher than one might think.

But that’s no more than you’d expect from a player whose class isn’t to be questioned.

The problem was he was rarely prepared to go for broke because his mindset is one of not getting out and match-winnings from him in the IPL were few and far between.

Let’s see if he gets another chance, but it won’t be this year.

The case of Aaron Finch is a very different one to that of Smith.

Finch is very much a T20 batsman because unlike Smith, he’s more than prepared to be aggressive from ball one, he’s not afraid to get out and embraces the need for quick-scoring, even if it means losing your wicket.

This is a man with a total of 10 T20 centuries to his name (domestic and international) and who lies second in the Big Bash list of top scorers, behind only Chris Lynn.

The problem with Finch isn’t his T20 pedigree, it’s his inability over the years to make it count in the IPL, where he just never got to terms with conditions.

Remarkably, he played for eight different IPL teams over the years (including the two that were only there for a couple of years).

But his IPL average of just 25 goes a long way to explaining why he missed out this season.

We’ll have to wait and see whether we see him in the IPL again.

The third Australian to make the list and again, the circumstances here are very different to the first two on it.

Up to a few months ago and not any people will have heard of Kerr.

But he was the second highest wicket-taker in the Big Bash this season for runners-up the Sydney Sixers, with 25 wickets from 17 matches and this despite being classed as an all-rounder, rather than as a specialist bowler.

And he proved that he is very much an all-rounder when playing as an emergency opener (because half the Sixers’ side was injured or unavailable), Kerr hit 98 not out against all odds to send the Sixers through to the final off the last ball of the match, against the Strikers.

The problem with Kerr, as far as IPL teams go, is presumably his inexperience.

He’s only played 27 professional matches, never played outside Australia and is yet to be capped.

Then again, none of that should come as a surprise given he was pretty much plucked from obscurity ahead of this year’s Big Bash.

At 25, there’s plenty of room for further improvement. Another eye-catching BBL season and he may yet find a team in the IPL after his services.

High-quality leg spinners who keep the runs down and take plenty of wickets are meant to be worth their weight in gold in T20 cricket.

At 33 he’s old enough that he’s played 73 times for his country in T20Is and 213 T20s at domestic level. And in one of the hardest sides in the world to get into – England’s T20 team– he’s been one of the very few players who has always been an automatic choice.

So it’s either a case that his economy rate of 7.38 is deemed too high or it’s that for whatever reason, IPL teams just don’t like what they see in Rashid.

What they should see is that he’s ranked Number 3 in the world in the ICC T20I rankings for bowlers and that he’s a genuine match-winner.

But so far, he’s only ever played one match in the IPL after being brought in by the Punjab Kings for the second half of the 2021 IPL season.

As things stand, that may be the only match in the IPL he ever plays.