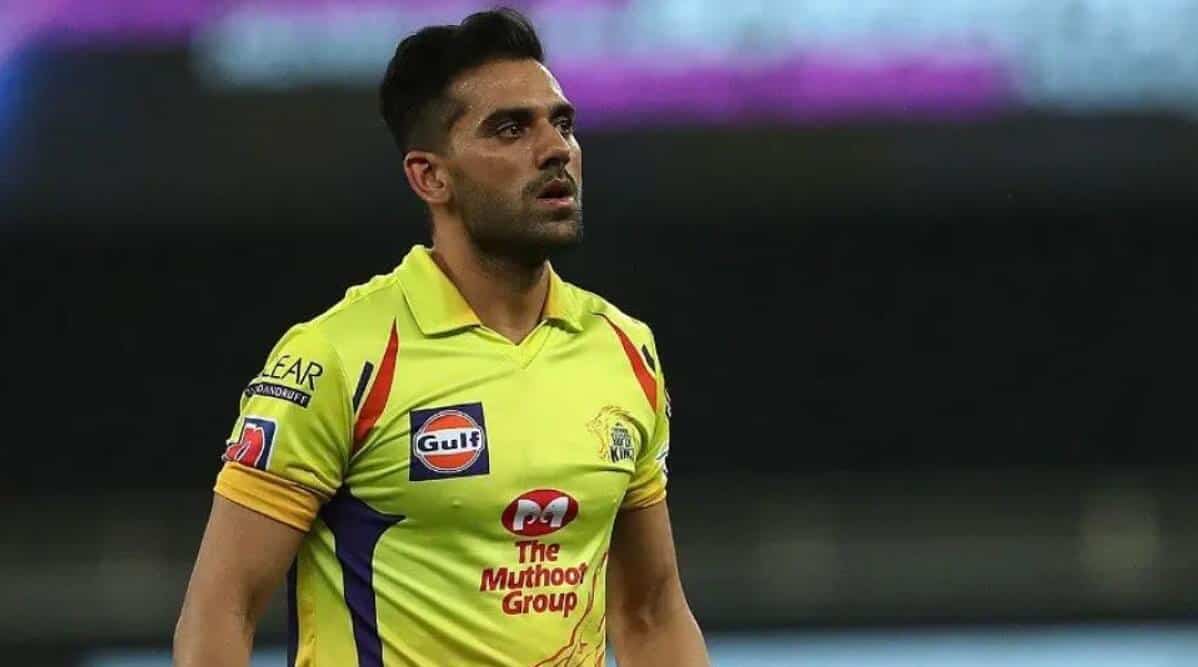 Chennai Super Kings go into the 2022 IPL with plenty of boxes ticked for what a winning IPL team looks like: excellent record in the competition, strong captain, good coach and management, mix of youth and experience, long batting line-up, varied bowling options, tried and trusted gameplans.

But there’s a Deepak Chahar-sized spanner in the works. Their most expensive player will miss most or all of the competition through an injury sustained on international duty.

It’s surprising how much damage an injury to one player can cause; but here’s why he’ll be so badly missed.

IPL teams were only allowed to retain a maximum of four players so in the case of Chennai Super Kings, they went with prolific opener and 2021 Orange Cap winner Ruturaj Gaikwad, inspirational skipper MS Dhoni and two brilliant all-rounders in Ravindra Jadeja and Moeen Ali.

If that’s not a backbone to a brilliant team, then we don’t know what is.

But if they were allowed a fifth pick, it would surely have been Chahar.

No matter: if CSK weren’t going to retain him the first time round, they were going to get him at the auction. And they did, shelling out 14 Crore, eventually outbidding SRH, Rajasthan and Delhi for his signature.

It made him the second highest-paid player at the 2022 auction after only Ishan Kishan and the only player in CSK’s history to have cost more than 10 Crore at any auction.

They’ll now have to go to battle without a player who took up a big chunk of their budget and as per IPL rules, he can’t be replaced by a player of a similar value just because he happened to get injured.

So why did CSK pay so much money for a man who at almost 30 has only played 27 times for India?

The first reason is that CSK don’t like change. Their auction strategy was simply to get back as many of their players as they could.

In the process they also reeled in Dwayne Bravo, Ambati Rayudu and Robin Uthappa, all of whom played big roles in last year’s win.

But here’s the interesting bit: Chahar by himself, cost more than all those three put together.

Well, over the past four seasons since they bought him for just 80 Lakhs, he’s been Chennai’s top wicket-taker with 58 wickets in 58 games.

42 of those wickets came in the Powerplay Overs, where they’re so valuable because they’re the wickets of the top order batsmen.

You’ll find a few freaks in the IPL who can go at less than 6.5 an over in terms of economy rate- Rashid Khan has done it and Anrich Nortje of Delhi went at 6.16 last year- but generally speaking, anything below 8 is generally considered pretty good.

As a batsman, Chahar’s IPL numbers don’t make for pretty reading. In his 63-match career in the IPL he has a top score of just 39 (back in 2018), only scored 79 runs and has only ever hit two fours!

But because CSK often bat very deep, most of the time he was coming in at nine and facing a couple of balls here and there, if that.

But just contrast that with his recent numbers playing for India in ODIs.

In his last three outings, he got 69 not out against Sri Lanka, 54 against South Africa and 38 against the West Indies.

All hugely important knocks in the context of the game, although the one against South Africa was ultimately in a losing cause and Chahar had the chance to win the game by himself, which he didn’t.

So maybe the time has come for him to be classed as a bowling all-rounder and maybe that’s part of the reason why CSK paid so much money for him: they were eyeing him up for the Number 7 spot, in addition to his bowling.

How will CSK replace Chahar?

Given he’s going to have to be Indian as a like-for-like replacement, here are the three candidates:

The 26-year old was a net bowler for CSK last year and has played five IPL games in the past at Delhi.

He can reach 140mph and can both open the bowling and bowl at the death.

Across all T20 games he’s taken 44 wickets in 31 games, which is excellent. Has impressed in Indian domestic cricket outside the IPL for years so maybe this is the chance he needs.

Probably the most similar of the three in that he also bats pretty well.

Was a big player for India when they recently won the Under-19 World Cup and if they can get a good season out of him, at just 19, they’ll have a serious player for the next decade on their hands.

But is he experienced enough to take on the world’s best with just a handful of professional games under his belt?

Hasn’t had many chances to impress despite being at CSK since 2018, only playing three games in that period.

At 28, you’d have thought he was either going to make it by now or not, so is perhaps the least likely to replace Chahar, of the three.

CSK are 9.0 with 10CRIC to defend their IPL title. How well they manage to replace Chahar may just go a long way to determining how close they come to winning yet again.